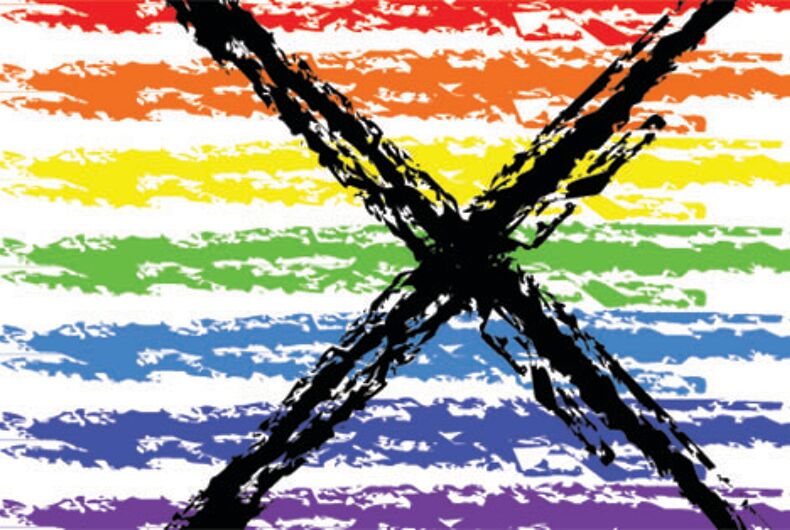 House Bill 142 allows for discrimination against the LGBTQ community in public accommodations and employment, as well as leaving transgender bathroom rights up to the state.

Texas’ House Bill 2899, if passed, would nullify non-discrimination ordinances passed by cities that protect LGBTQ people and prevent any new ones. That would mean ordinances in Austin, Dallas, El Paso, Fort Worth, Piano, and San Antonio would be made void, according to the Human Rights Campaign’s 2016 Municipal Index.

The bill was introduced Friday by Rep. Ron Simmons and is set for a hearing Wednesday in the House State Affairs Committee, reports the Washington Blade.

Simmons’ chief of staff said Thursday that he was not available to discuss his bill because he had already left for the Easter holiday, Chron reports.

If passed by a two-thirds majority, the bill would become law immediately, whereas it will go into effect Sept. 1, 2017 if passed by a simple majority.

Senate Bill 6 stalled after several key House leaders, including Speaker Joe Straus, signaled that they had no intention of supporting it. The bill would have prevented transgender individuals from using restrooms and locker rooms matching their gender identity in government owned businesses, as North Carolina’s House Bill 2 had done.

Straus’ office declined to comment on House Bill 2899, which does not include language found in House Bill 142, however, which prevents state agencies from “regulation of access” of bathrooms and locker rooms without the North Carolina General Assembly’s approval.

“We remain focused on stopping discriminatory legislation and keeping Texas open for business and inviting for all,” Chris Wallace, president of the Texas Association of Business, said, adding that the group was still looking at Simmons’ bill.

“No one should be fooled by HB2899 – this is dangerous legislation that is just as discriminatory and economically perilous as SB6,” Matt McTighe, executive director for Freedom for All Americans, said in a statement. “Legal protections from discrimination are put in place for a reason, and rolling those protections back should never be on the table. Like SB6, this legislation is a solution in search of a problem that just doesn’t exist. There are no winners under HB2899 – it will create dangerous situations for transgender people, and like SB6 it will tarnish Texas’ reputation and economy.”

“The newly proposed HB 2899 is even worse than SB6 because it invalidates all existing local non-discrimination ordinances that protect LGBTQ Texans and gives anti-LGBTQ state lawmakers full control over future LGBTQ local non-discrimination laws,” Sarah Kate Ellis, CEO of the LGBT media organization GLAAD. “HB 2899 is another harmful ‘solution’ in search of a problem and will accomplish one thing: Further putting the lives of all LGBTQ Texans in jeopardy.”