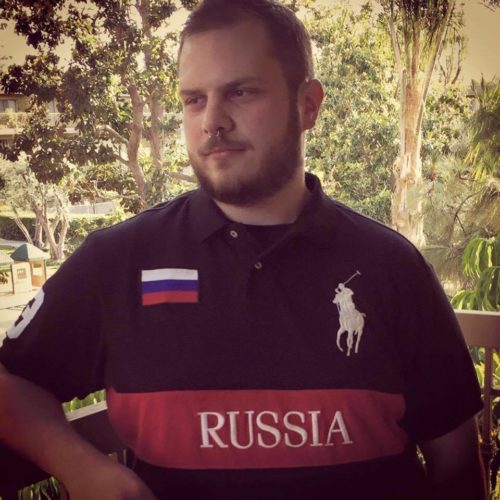 Ken Bleakley said that he is also familiar with that way of thinking, reporting that being a gay Trump supporter in Los Angeles, where the 27-year-old works as an assistant editor, is not easy.

“I go to a lot of social gay events, I go to West Hollywood all the time, and a lot of times I feel alienated or isolated,” Bleakley, whose boyfriend is also a Trump supporter, said. “People ask me my opinion on things, and I tell them it, and all of a sudden, I’m ‘a homophobic, racist, blah blah blah,’ and there’s no dialogue available with them. They’re very quick to attack me for things that we haven’t really discussed, or they have this judgmental mindset. Labels: You know, if you’re a Republican, you’re this. With Republicans that I have experience with, they’re really cool people.”

“When (Trump) won the election, I lost probably 200 Facebook friends simply because I voted for him,” he continued. “And these are people I’ve been friends with for years. They tell me I’m a ‘white male,’ and all these labels they attack me with, and it’s just unsettling, and it’s sad. I’ve not felt the discrimination I’ve felt with the right that I have with the left.”

Bleakley stressed the need to respect diversity of opinion.

“People are allowed to think the way they do,” he said. “And yes, there are going to be repercussions, but at the end of the day, embrace the difference. Show these people that gay people are just as cool. Don’t sit there and argue with them, that’s why we have problems.”

“While all these more left LGBT people have been protesting and rioting, and complaining about things that possibly could happen, or these what-ifs, I was out meeting with these Republicans. I was out making dialogue with people that I don’t necessarily agree completely with but I need to get to know to understand where they’re coming from,” he added.

While he said he isn’t happy about everything the administration has done, pointing to a failure to have something workable to replace Obamacare with, which he is in favor of repealing, Bleakley said overall he is pleased with Trump’s performance so far.

“We’re showing our military strength, which we haven’t really done in a while and it’s making me more proud to be an American than I have over the past eight years,” he said.

“Trump’s first 100 days in office have been something of a mixed bag in regard to LGBT issues, but that was to be expected considering his concurrent outreach to evangelicals and the LGBT voters during his campaign,” said Log Cabin Republicans President Gregory T. Angelo. The LGBTQ Republican group failed to endorse Trump during the campaign due to his having surrounded himself with anti-LGBTQ advisers.

“While there are genuine reasons to look cautiously at Mr. Trump’s presidency, I’ve been incredibly heartened by a quite a few things. Trump was barely into his first week as President-Elect when he declared marriage equality the ‘settled’ law of the land; his proposed budget states that funding to combat HIV and AIDS are matters of “highest priorities” in his budget, he preserved the State Department position tasked with advocating for global LGBT human rights, and his administration took the recommendations of Log Cabin Republicans in maintaining maintaining LGBT non-discrimination in federal contracting as a matter of his administration’s policy,” he added.

The group will continue to work on him, and other Republicans working in this administration, to see the light on LGBTQ issues. Their level of success will become more apparent in time. So far, they have admitted to being disappointed with the Trump administration’s move to pull back from supporting transgender student bathroom use in schools.

Yet with the Republican Party controlling the White House and both branches of Congress, they may be our new best shot at keeping LGBTQ rights from taking any more of a backseat.