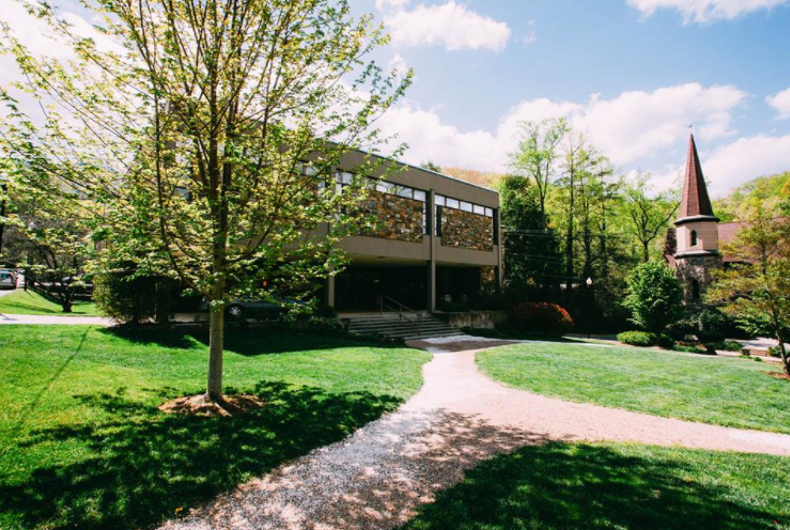 A private North Carolina Christian college is insisting that its faculty and staff sign a document that opposes same-sex marriage and abortion. One faculty member says she and eight of her colleagues have refused to sign it and are leaving the school.

News media outlets report that part of Montreat College’s “Community Life Covenant” expects those who work there to affirm “the sanctity of marriage between one man and one woman” and the “worth of every human being from conception to death.”

Covenant opponents blame the Billy Graham Evangelistic Association, which contributed $100,000 to the college’s scholarship fund last month. The fund is led by Franklin Graham, a Montreat College alumnus and an outspoken opponent of same-sex marriage and abortion. The association has denied any role in the covenant, however.

School spokesman Adam Caress told The Charlotte Observer in an email that only two faculty members — one of its 39 full-time faculty and one of its 142 adjunct faculty — have cited the school’s “core documents,” including the covenant, as the reason they will not return to the school after this semester.

Caress said Montreat College spent the past 2 1/2 years “reviewing and revising” those core documents in a “transparent and deliberative process” that included 13 “listening sessions,” during which the school heard and responded to the concerns of faculty, staff, and alumni.

Corrie Greene, an English teacher at the school who also directs its writing center, said the document doesn’t just pertain to what faculty do and say in the classroom and on campus. She is among the nine faculty members who said they won’t be returning.

“It says we must affirm and uphold the college’s specific spiritual stances in our full 24 hour/seven-day-a-week personal life,” Greene said. “I can’t let somebody else write my personal testimony. In my faith, Christ is constantly showing me something new.”

A small group of students gathered outside the school library on Wednesday to express concerns about the covenant. Sophomore Bailey Mathews organized the event and said she hoped to persuade college President Paul Maurer to “consider this a family and reconsider some things and that we can fix our broken family.”

“I was going to stay and I planned on graduating from here,” she said, “but now, no.”

Trump’s tax plan is the exact opposite of ‘freedom’