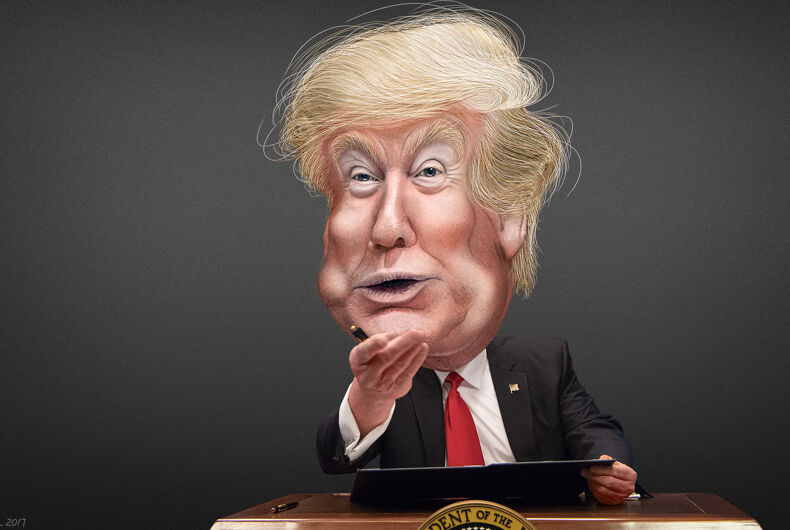 For those still scratching heads about how Donald Trump managed to win the presidential election, a Swedish researcher has a theory — that Republicans valued Trump’s physical attractiveness.

A recent study by Jan-Erik Lönnqvist, called “Just because you look good, doesn’t mean you’re right,”  found that right-leaning politicians are generally more attractive than left-leaning politicians. Lönnqvist posits that this is because conservatives placed greater value on the looks of their candidates.

“The results of my study are in concordance with other studies that show that the effect of attractive looks is twice as large for politicians on the Right compared to their counterparts on the Left,” Lönnqvist explained in a release.

Still hung up on the idea that Trump is considered good-looking? Say what you will about the effects of time, but in his (younger) real estate heyday, journalists frequently described him as attractive and even “dashing.”

It’s worth noting, too, that for some voters, good grooming goes along way on the scale of attractiveness. But why does it seem to matter more to Republicans than Democrats if a candidate has tidy hair and pressed clothes?

“One possible reason for the greater influence of looks on right-wing constituents could be that they are less informed. Previous research has also shown that conservative voters have a more concrete, perhaps less sophisticated way of thinking,” Lönnqvist speculated.