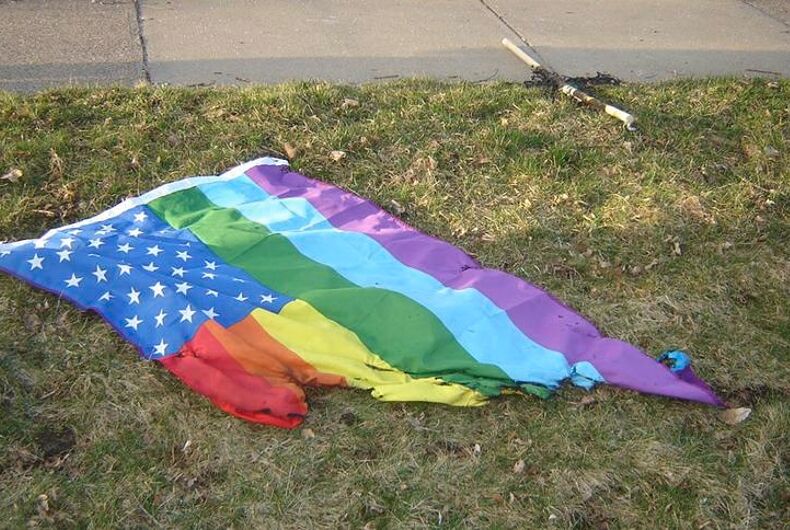 Jon and Amy Hester of Hudson, Wisconsin, noticed their rainbow flag was missing Thursday morning. Normally, a flag similar to the American flag with rainbow stripes instead of red and white stripes hangs on their porch as a sign that everyone is welcome in their home.

“That was why we were hanging them in the first place, to really send that message loud and clear,” Amy Hester told CBS Minnesota.

Three other houses also saw that their rainbow flags were missing. At least one was burned on the sidewalk, with the remains left behind.

This is not the first time this has happened in this town. One of the homes has been targeted twice, and police indicate that this is something happening regularly in the area.

“One family has been targeted twice, so that ramps it up for us a little bit. We’re a very open community here, we enjoy everyone who comes and who lives here, and we want everybody to feel safe and secure,” police chief Marty Jensen said.

The flag-burning leads police to believe that the incidents are possible hate crimes. Police currently have no suspects.

Still, the Hesters are hoping that awareness of the problem will be enough for an end to the vandalism. “Maybe if everybody knows what’s happened, then everyone will be on the lookout to make sure it can’t happen anymore,” Jon Hester said.