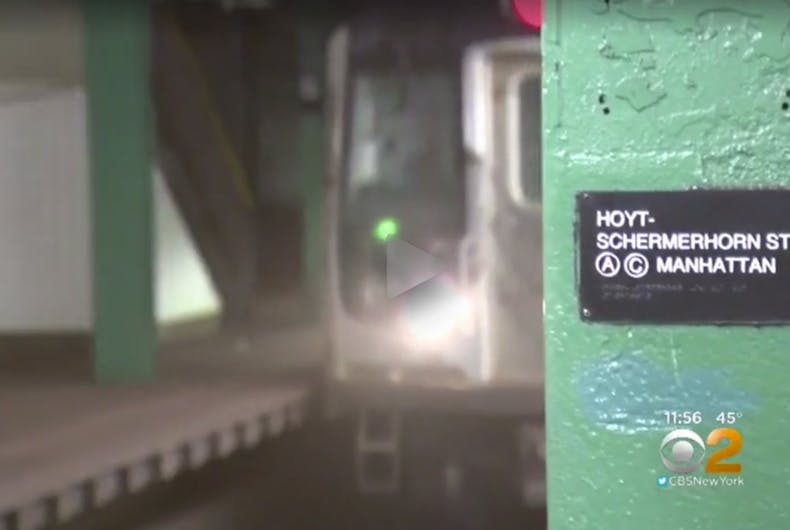 A New York City man says he was attacked by a stranger on his morning commute, simply for being gay.

The alleged assault occurred on Thursday morning, as the man was riding the subway into work. Part way to Manhattan, a stranger cursed at him and shouted anti-gay slurs before spitting on him and punching him, CBS2 reports. The man continued on the train into Manhattan and is expected to be okay. The suspect has not yet been identified.

While the attacks appears to have been random, authorities say it’s not an isolated incident. Hate crimes are on the rise in the city. According to the New York Police Department, there have been twice as many hate crimes in 2017 so far as there were in all of 2016, and some of that increase has been in anti-gay crimes. Police have investigated 17 anti-gay attacks already this year.

“We’ve been seeing a lot of increased incidents of violence and attacks like that,” said Emma Shakarshy, a social work intern at the Hetrick-Martin Institute who works with homeless LGBTQ teens.

She blames a culture of toxic masculinity.

“Men can often feel really threatened by the presence of men who are not masculine, because it threatens their own masculinity,” she said.