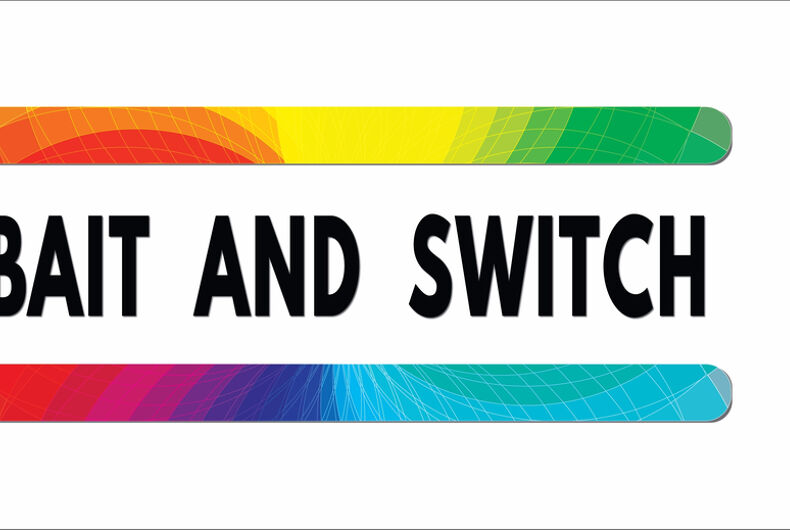 North Carolina’s HB2 law spurred severe backlash from corporations, celebrities, local governments, and sports associations who all either yanked already scheduled events or refused to travel to the state. Dubbed the bathroom bill by opponents, the law stripped away local protections for LGBTQ people and required transgender people to use the bathroom corresponding with the gender on their birth certificate.

Democrat Governor Roy Cooper “compromised” on a faux repeal of the law last week that prevents any cities in the state from extending protections to LGBT people but doesn’t specifically require transgender people to use a specific restroom, instead saying that only the state’s General Assembly can update the state’s public accommodations laws.

While even former Republican Governor and HB2 champion, Pat McCrory, admitted that it wasn’t an actual “repeal,” Cooper has stood by his claim that it’s a victory for the state and the LGBT community. While most progressives and all LGBTQ organizations adamantly disagreed, the NCAA announced this week that the sleight-of-hand met “the minimal requirements” and it will resume scheduling games in the state.

Within hours of the NCAA’s announcement, Republican legislators filed another anti-trans bill that simply leaves out the words “transgender.”

State Representative Brenden Jones, a co-author of the bill, spelled out the Republican strategy in a Facebook post written days before the NCAA’s statement. In the social media statement, Jones baldly admits that the “repeal” is a fake and that the party will simply create a workaround. Republicans control both houses of the state legislature.

“The bill we voted on today and that I supported, HB142, is not a repeal of HB2 so much as it resets the bathroom policies as they were before Charlotte interfered,” Jones wrote. “The bill clearly states that radical city councils like Charlotte and other government entities CANNOT regulate access of multiple occupancy restrooms, showers, or changing facilities. Only the NC General Assembly may enact bathroom ordinances. What this essentially means is that the restroom provision of HB2 remains and our children will not be forced to share bathrooms with those of the opposite sex. So long as I represent the people of the 46th district, I will not waiver on this vital issue of privacy.”

“In addition to this,” Jones continued, “I have joined with Senator Britt in drafting a bill that strengthens existing law and offers even more protections for everyone in restrooms and changing facilities. My bill will do two things: First, it will specifically state it is a second degree trespass for entering the restroom or changing room of the opposite sex; secondly, it would enhance the punishment from what is now, a class 3 misdemeanor punishable up to only 10 days, to a class 1 misdemeanor, punishable up to 120 days in jail.”

State Senator Danny Britt will sponsor the legislation in the Senate. So far, the bill has not been introduced in that chamber.

“A faction of the Republican Party here in North Carolina is angry that HB2 was repealed,” Democratic Representative Deb Butler told Mother Jones. “They wanted it, they liked it just the way it was. This is, I am sure, their attempt to thumb their nose at the compromise.

Will Hillary’s hometown choose this woman to be NY’s 1st elected trans official?