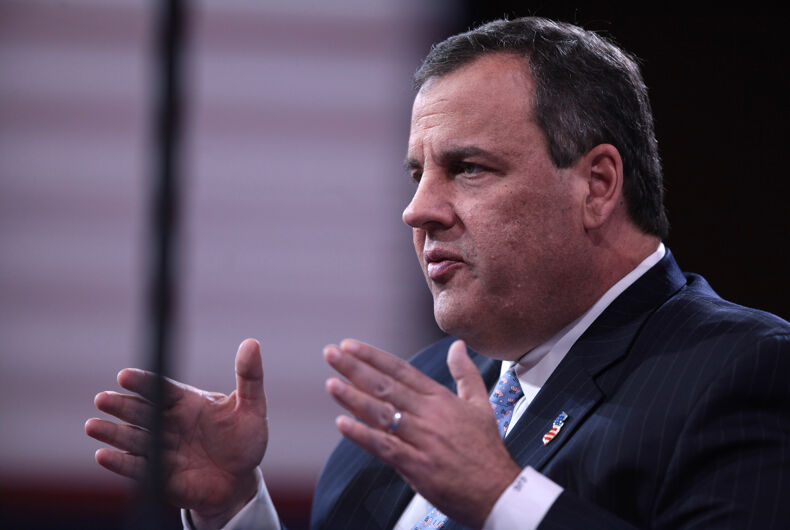 ATLANTIC CITY, N.J. (AP) — New Jersey Gov. Chris Christie compared the state’s opioid addiction crisis to the HIV and AIDS epidemic in the 1980s during an event in Atlantic City.

“There’s a lot of similarities,” he said. “People who are in denial about the lives that are being lost; certain value judgments that are being placed upon the conduct of people who then get this disease.”

He referenced his late mother’s lung cancer that was brought on by her addiction to smoking cigarettes. “No one came to me and told me she was getting what she deserved,” Christie said.

The Republican governor gave his speech at the New Jersey Prevention Network’s annual addiction conference Friday. The conference is centered on updating prevention and treatment professionals on substance abuse. With his final year in office dedicated to addressing the drug crisis, Christie said he wants to erase the stigma that stops drug addicts from asking for help.

President Donald Trump appointed the governor in March to help lead a national anti-addiction commission. Christie referenced his new position at the conference, criticizing a pamphlet warning children of the dangers of drugs. As a father of teenagers, Christie says the pamphlet would go into children’s backpacks “completely unread.”

“If it’s not on one of these,” he said, holding up his cellphone, “they won’t read it.”

Christie said the commission will reach out to social media websites such as Facebook and Snapchat to help create campaigns to educate children on the dangers of drug addiction.

Groundbreaking Adventist pastor resigns after coming out as bisexual

Ruling against lesbian Methodist bishop highlights divisions in the denomination