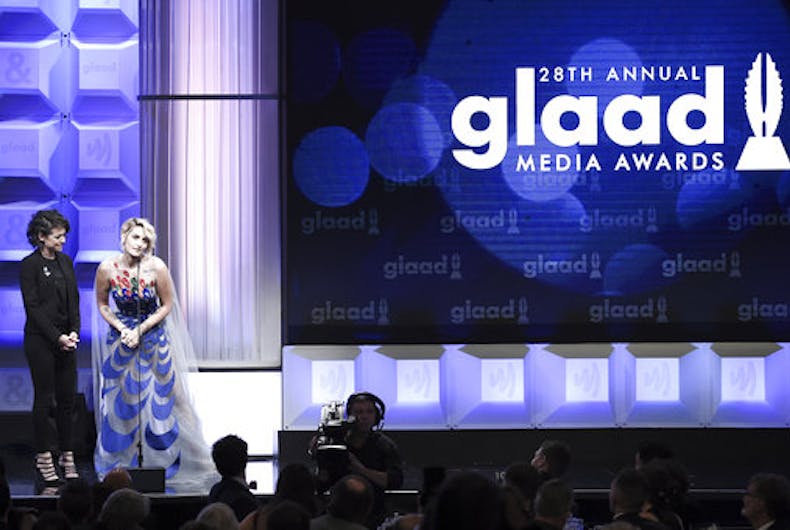 Barry Jenkins’ coming-of-age portrait was honored by the Gay and Lesbian Alliance Against Defamation at the awards held Saturday at the Beverly Hilton hotel in Los Angeles.

The group nominated only two films for the award, which it said reflected the dearth of LGBTQ story lines in Hollywood. The other nominee was “Star Trek Beyond.”

On the TV side, Jill Soloway’s “Transparent” won for outstanding comedy series.

The best drama series went to the Freeform fantasy “Shadowhunters.”

Patricia Arquette was honored with the Vanguard Award and tearfully dedicated the award to her late transgender sister, Alexis Arquette.

The awards honor the “fair, accurate and inclusive representations” of the LGBTQ community.