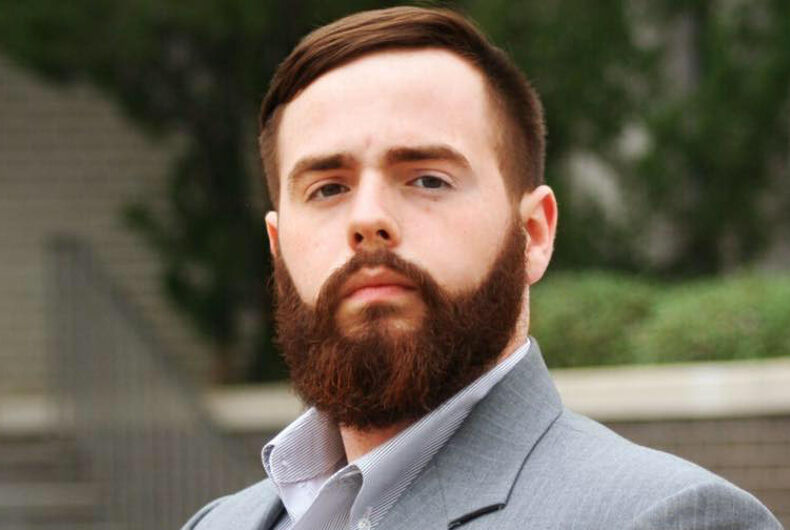 At 19, Andrew Niquette has already achieved more than many people will before they’re 30, and he’s just getting started. The Albany, Georgia Democrat is running for a seat in the General Assembly next year.

If he wins, he’ll make history as the youngest member of the legislature ever elected.

But first, Niquette has to get elected. And oh, he has to get married, too. Among his achievements is finding the love of his life, his adorable fiancé Rory.

Love always wins. It's been an amazing few weeks with my beautiful fiancé @rory_outcast. Here's to a lifetime of smiles and laughs. ❤ pic.twitter.com/9qkU9OyUSk

But Niquette’s other love, politics, has kept him busy, too. He served as a delegate from Georgia to the Democratic National Convention in Philadelphia last summer, as one of the nation’s youngest delegates to the convention.

Then in December, he made headlines upon his announcement he is running for office, when former state Rep. John White, took issue with the fact Niquette is gay. White, who is also from Albany, was the first African-American from that city to serve in the Legislature.

White wrote an email to fellow Democrats blasting Niquette and included a photograph of him kissing his partner.

“Is this what you are thrilled about? I can’t say ‘I am thrilled about all you are doing,’” White wrote. “Andrew Niquette can do his Whatever in Florida. I have Zero  Tolerance for this lifestyle,” spelling out the word “zero” in all capital letters.

Such a shame that a reputable former Democratic Representative who was an advocate for Civil Rights has the audacity to judge me for whom I choose to love.

I do hope that you get together with the 21st Century, Rep. White, and you can be sure that it will be known of your homophobia.

Niquette told ProjectQ this wasn’t his first, nor last, brush with antigay sentiments.

“Stuff like that has happened more than once, I’ve gotten homophobic comments,” he said. “One of my main goals now is to try to change local politics here and to try to get more people involved in all ways. Especially now, to get people to understand that equality doesn’t really stop at a certain race or a certain religion or a certain ethnicity.”

On his campaign page on Facebook, Niquette lists himself as “very liberal,” hoping to represent what he told ProjectQ was “kind of like a nice island of blue in a whole entire sea of nothing but red.” 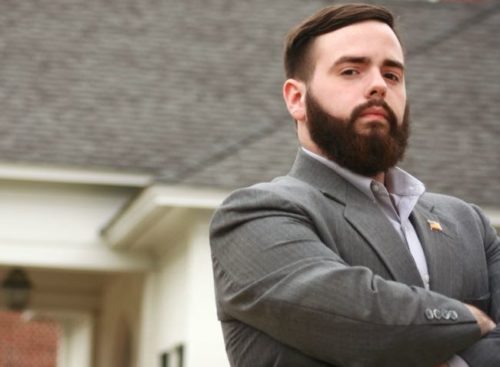 His two main issues with which he hopes to defeat a 20-year-incumbent: the economy and LGBTQ equality.

“There’s only so much I can do as one person in terms of LGBT rights and civil justice and everything, but I will make sure to make that a major point in my campaign.”

Asked about his ambitions, Niquette revealed he has his sights set on becoming governor of Georgia. “I think that would be a good stopping point for me,” he said.

Did Republicans vote for The Donald because of The Hair?