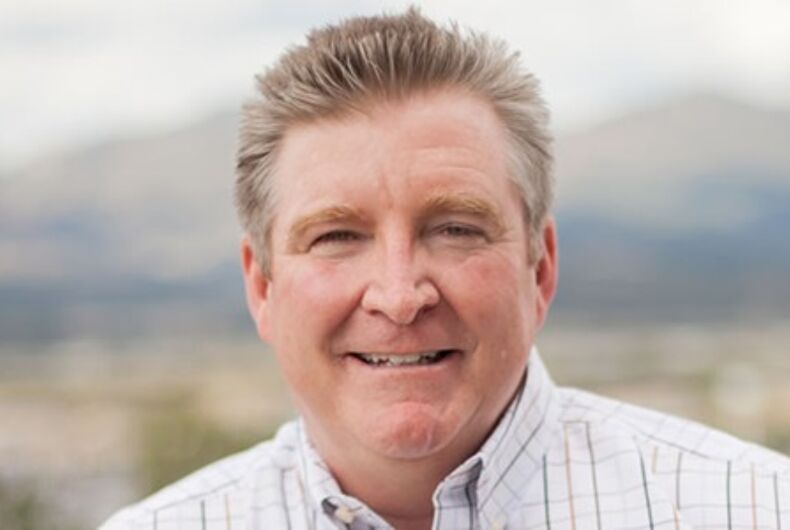 Fort Lauderdale’s mayor is coming under fire for agreeing to share the stage the president of Focus on the Family (FOTF) at an upcoming annual Mayor’s Prayer Group.

Mayor Jack Seiler said he is not backing out of the event despite calls — from business and faith leaders and activists — to either rescind Jim Daly’s invitation, or decline to participate if the anti-gay leader does. The theme of the breakfast? “Together.” The event bills itself as opportunity “to unite and encourage our community in fellowship and prayer.”

“Bigotry harms our brand and is bad for business,”said Keith Blackburn, president and CEO of the Greater Fort Lauderdale Gay and Lesbian Chamber of Commerce and board president for Truth Wins Out, in a statement. “It is a personal embarrassment to me as I travel to national and international destinations to promote Greater Fort Lauderdale as a welcoming LGBTQ destination.”

Daly, whose organization has advocated for so-called “conversion” therapies, has called LGBTQ people a threat to civilization.

“Politicians and the press are obviously trying to minimize what the American people think on [marriage for gay couples],” he said on the Focus on the Family radio show in 2006. “They don’t want us to think that the most important institution, more important than the war, more important than sickness — it is marriage folks. If this goes, civilization goes down.”

And yet, somehow, Daly’s still here.

Father Tony Adams, a gay Roman Catholic priest who describes himself as being on an “extended vacation” from the job, reached out to Mayor Seiler about the hate group leader’s participation in the prayer breakfast.

In his first message to the mayor, he questioned how he can claim to support the LGBTQ community while one of its most outspoken critics is headline the Mayor’s Prayer Breakfast.

“While you consistently express love for LGBT people (as does your church) you and they offer a poison olive branch when you ally yourself with a group like FOTF. When the rubber meets the road, as it does at the podium of your Prayer Breakfast, you can’t have it both ways,” Father Adams wrote. “By praying next to Jim Daly, you are positioning yourself against LGBT rights that have already been earned and resolved in Florida and nationally.”

Father Adams says he received a response from the mayor attempting to distance himself from the Daly, by explaining that he is not involved in the speaker selection.

“The Mayor does not select the Speaker(s), and has never selected the Speaker of the Prayer Breakfast. The Mayor serves as the honorary host of the Prayer Breakfast, which is organized and run by a private committee,” he wrote. “If you attend the breakfast, you will know that my remarks are always inclusive, respectful, and welcoming to all faiths and all attendees.”

In a follow-up email, the mayor noted: “I have several LGBT friends attending.”

But LGBTQ advocates aren’t buying it.

“This is the same Mayor Jack Seiler who angrily presided over a meeting where a non-binding resolution supporting marriage equality was debated. Back then, Seiler dug his feet in to support that marriage is only between a man and a woman and along with Commission Romney Rogers, they voted no on the resolution,” Michael Emmanuel Rajner wrote. “Also, last year when I asked Mayor Seiler to consider expanding the city’s policy on non-discrimination to include LGBT protections, Seiler’s response was that it wasn’t necessary.”

“Jim Daly is a speaker, the mayor is now in a very public and clarifying position in which he either allies himself with FOTF or not,” Adams wrote. “Unless he decries FOTF’s antigay aggression, he is, by association, part of it.”