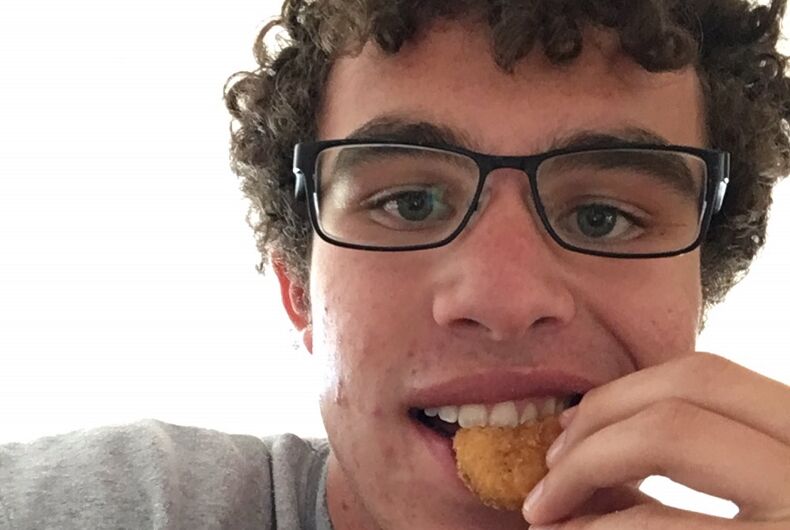 Right now, the most retweeted tweet in the history of Twitter is this one from Ellen from the Oscars, with over 3.2 million shares.

If only Bradley's arm was longer. Best photo ever. #oscars pic.twitter.com/C9U5NOtGap

Someone else on Twitter is trying to pass Ellen’s record, and he doesn’t have an enormously popular daytime talk show to help him.

Last week, 16-year-old Carter Wilkerson asked Wendy’s how many retweets he’d need to get on a tweet to get a year’s worth of chicken nuggets.

Yo @Wendys how many retweets for a year of free chicken nuggets?

@wendys responded quite simply: 18 million. Carter took them up on the challenge.

HELP ME PLEASE. A MAN NEEDS HIS NUGGS pic.twitter.com/4SrfHmEMo3

Amazon sent him some inspiration.

United Airlines promised to fly him somewhere if he gets 18 million retweets, though they didn’t promise not to send security to drag him from the plane once he’s on it.

If you get the 18 million RTs, we'll give you a free flight to take you to any @Wendys in the world in a city we serve. Good luck! https://t.co/igxnPg1JUF

Local TV news has covered Carter, and so has USA Today.

There hasn’t been a response from Ellen yet, and that’s probably a strategic decision on her part. Letting her nearly 67 million followers know that Carter is trying to take her title would probably just help him out.

Carter has been a fan of Wendy’s chicken nuggets since at least this past January.

I highly recommend @Wendys chicken nuggets to everyone

He’s still a ways from the 18 million goal, but he thinks he can make it.

Next time I eat these they better be free @Wendys pic.twitter.com/ZvxwpiLAeD

Ellen rips United a new one over recent passenger controversies