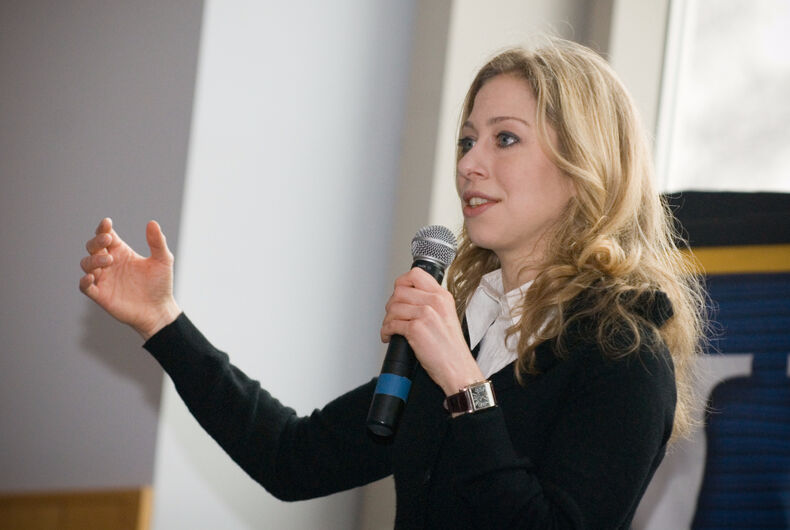 Chelsea Clinton campaigns to young voters for her mother at the University of Delaware, February 4, 2008.Photo: Shutterstock

Chelsea Clinton says she doesn’t have her sights on running for a public office, and has no intention of running against President Donald Trump in the next election.

Clinton tells CBS This Morning of Trump: “I’m definitely not the right person to defeat him in 2020.”

The younger Clinton says her mother, who was Trump’s Democratic opponent in 2016 — isn’t focused on politics either. Instead, she said, Hillary Clinton is writing a book and spending time with Chelsea’s two young children.

When asked whether a run for office is inevitable because her parents were both politicians, Chelsea Clinton would only say that everyone should be willing to fight for programs and policies they believe in. She said, “I hope that politics is in all of our DNA.”