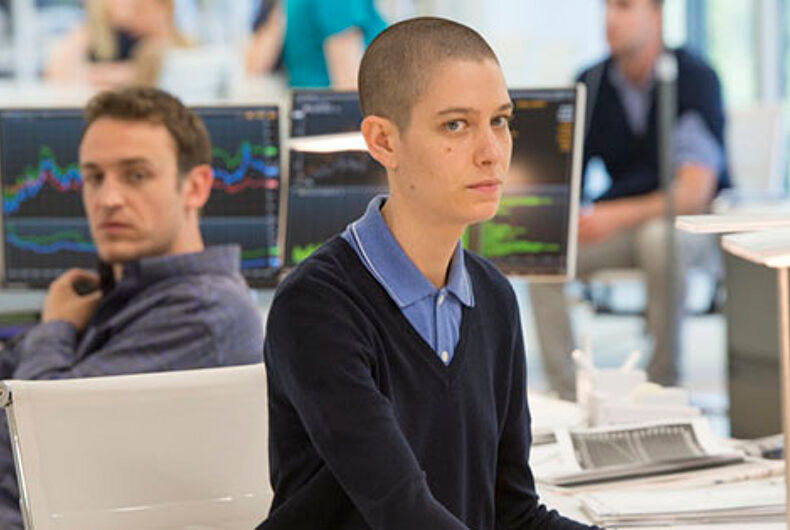 On television, they play Taylor Mason, a financial genius who is gender nonbinary, and like their character, Asia Kate Dillon doesn’t identify as “she” or “he;” the actor’s pronouns are “they” and “them.” So why should they be limited by outmoded gender stereotypes like “actress” if they’re fortunate enough to score a nomination for an Emmy award?

As Variety reported exclusively this week, Dillon is challenging the binary categories in which actors compete, petitioning the Academy of Television Arts and Sciences to question the nomenclature, before deciding whether they want to be considered for their supporting role on Showtime’s Billions.

But before doing so, they did some digging.

“What I learned through my research is that the word ‘actor,’ specifically in reference to those who performed in plays, came about in the late 1500s as a non-gendered word,” Dillon told Variety. “It applied to all people, regardless of anatomical sex or gender identity.” The word “actress,” Dillon learned, was coined to define anatomically female performers. So Dillon wrote to the academy for clarification.

“I wanted to get more information from the academy as to whether or not they use the word actor or actress to refer to assigned sex or identity, so that I could make the best decision for myself as to how I wanted to be submitted,” Dillon said. They explained in their letter that they are “someone who experiences their gender identity as falling outside the boxes of ‘man’ and ‘woman.'”

The academy did not keep Dillon waiting.

Their rules, they said, hold that “anyone can submit under either category for any reason.” said Dillon. “The Academy supports anyone’s choice to do that, and the Academy is not going to do any sort of check,” like a birth certificate.

“I found them to be 100% supportive,” Dillon said of the Academy. “I really couldn’t have been happier.”

“The Television Academy celebrates inclusiveness, and as we discussed with Asia, there is no gender requirement for the various performer categories,” a spokesperson told Variety. “Asia is free to choose the category they wish to enter.”

Dillon ultimately decided they want to be considered for the best supporting actor award, and let their union know of the decision as well. “Given the choice between actor and actress, actor is a non-gendered word that I use,” Dillon said. “That’s why I chose actor.”

Is Texas gunning for its own new anti-LGBTQ law like North Carolina?