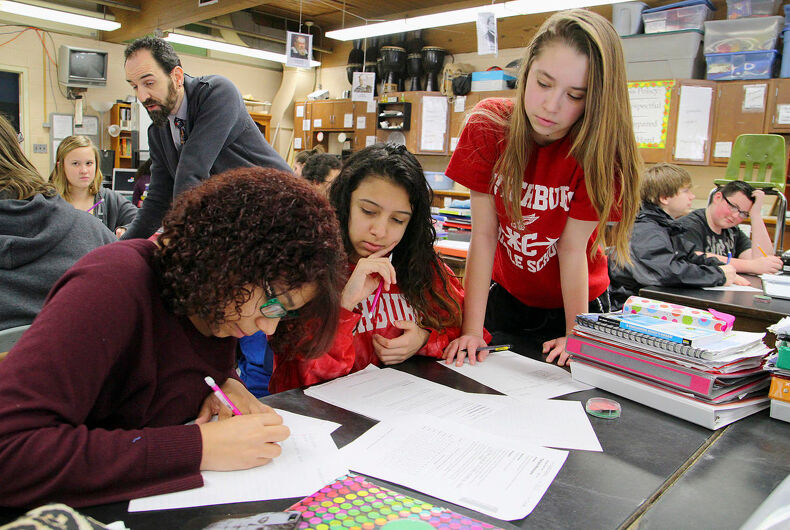 A bill that would repeal a controversial law forbidding discussion in classrooms of anything that could be construed as “promotion” of homosexuality is now on the desk of Utah’s Republican governor, as the Washington Blade reported.

The law, derided by many as the “no promo homo” or “don’t say ‘gay'” law, bars teachers from discussing homosexuality in a positive way, which has had the effect of allowing kids perceived as LGBTQ to be bullied without consequence.

“A historic day for LGBTQ students in Utah,” declared Troy Williams, executive director of Equality Utah, in a statement.

The Republican-controlled Utah legislature approved Senate Bill 196 Wednesday, sponsored by Sen. J. Stuart Adams, by a vote of 27-to-1. The House had already approved the bill by a 68-to-1 vote.

KSTU-TV reported Gov. Gary Herbert’s signature might also put an end to a lawsuit filed by three students and two LGBTQ rights groups over the law.

The bill on his desk states that teachers must not advocate any sexual activity outside of marriage, irrelevant to sexual orientation. The bill won support from social conservatives as well as LGBTQ rights groups.