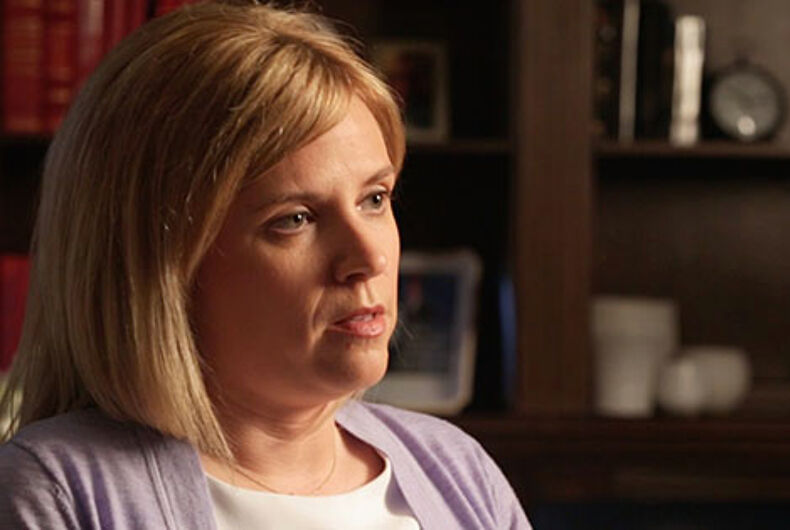 The shakeup, which the White House insists is not meant to be seen as a firing, is the latest effort to right the ship of state in the wake of the health care bill going down in flames, the repeatedly failed efforts to ban and restrict immigration by executive order, and the ongoing drama of Congressional hearings into Russian tampering with the 2016 Election that put Trump in the White House.

Walsh, a native of St. Louis, was not only second in command to Chief of Staff Reince Priebus but also served as his chief of staff on the presidential campaign, and with Sean Spicer was one of several campaign aides handpicked to join Priebus in the Trump administration.

Where Walsh is going, she’ll find even more former campaign workers: America First Policies, which has been labeled “an embarrassment” by one political insider who spoke to Politico.

Trump son-in-law and adviser Jared Kushner, Priebus and chief strategist Steve Bannon told the website Thursday afternoon Walsh’s move was “less shake-up and more rebooting of an outside effort that they believe failed them in their first, crucial legislative showdown.”

“It was abundantly clear we didn’t have air cover,” Priebus told Politico. “No one can fix this problem better than Katie Walsh.”

CNN quoted a White House source who called the move a “tremendous loss,” noting White House insiders were frustrated after the administration’s failure to get Republicans to come together on a health care bill supported by Trump and House Speaker Paul Ryan. The unnamed official said Walsh saw a need to better organize support for the White House’s initiatives on the outside, and was the one who proposed she leave her post.

“It was a very collective conversation that we could have moved the health care message more effectively,” the White House official told CNN. The network reported America First Policies “has sputtered in the opening months of its presidency,” not buying any TV ads to support the Gorsuch nomination and was late to the game on healthcare reform.
Meanwhile, House Speaker Paul Ryan told reporters Thursday he had no plans to set a date for a second attempt to repeal and replace the Affordable Care Act.
Health and Wellness
Affordable Care Act, America First Policies, Donald Trump, Jared Kushner, Katie Walsh, Michael Flynn, Obamacare, Paul Ryan, Reince Priebus, Russia, Steve Bannon, women