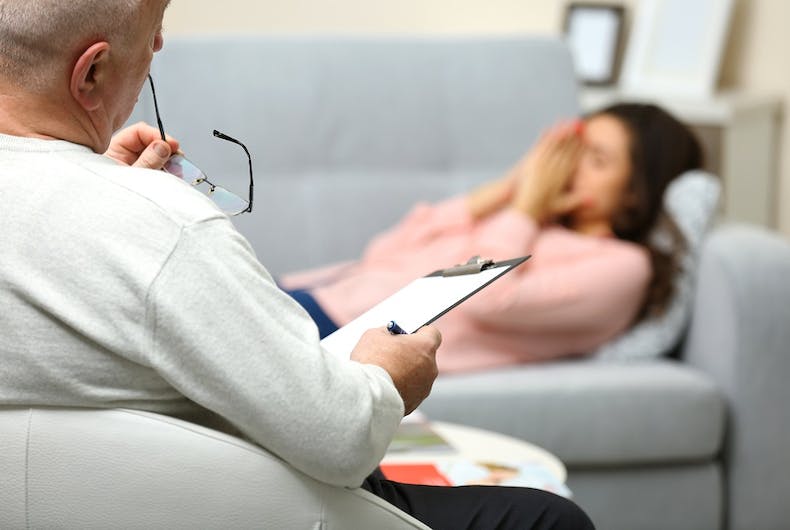 A New Hampshire house committee voted this week against a bill that would ban gay conversion therapy for minors.

The Health, Human Services and Elderly Affairs committee retained legislation in a 13-8 vote citing concerns about parents’ ability to force their LGB children into therapy to change or suppress their sexual orientations.

If passed, the bill would have prevented licensed medical professionals from attempted to change or cure romantic attraction to the same sex. The definition of conversion therapy provided in the bill says that it’s “practices or treatments that seek to change an individual’s sexual orientation or gender identity.”

Republican representative Mark Pearson, who co-founded a Christianity-themed medical center, stated that the legislation went “much further” than conversion therapy. He argued that discussions of “various sexual and romantic feelings” between a teenager and a mental health professional would be banned by the law.

While his statement as the bill failed did not specify what he was referring to, Pearson said several weeks ago that his staff provides conversion therapy.

“Every one of my senior staff members has and continues to do this when an under-18 person asks for help to work through these things, when they say, ‘Would you help me stop having that attraction towards that person of my gender,” Pearson told the Concord Monitor.

Pearson cited concerns about “back-alley” conversion therapy if the bill is passed. “Would you believe that I am grateful that my staff does this because if my staff didn’t do this, I know some back-alley people and their techniques are not good.”

Democrats were disappointed with the bill’s failure, after it had already passed the state senate. “It’s another year to go without protections for people,” said representative Renny Cushing.

A conversion therapy ban passed the house last year but stalled in the senate.

One of its main supporters last year was Republican representative Eric Eastman, who had a friend in college in the 1980’s who went home for the summer and was subjected to conversion therapy.

When the friend came back to college, he “was sullen, withdrawn, and despondent. He quit ROTC and his grades fell, and his social engagement really dropped off,” he recounted to the Union-Leader.

ICYMI: What happened this week in just 3 minutes