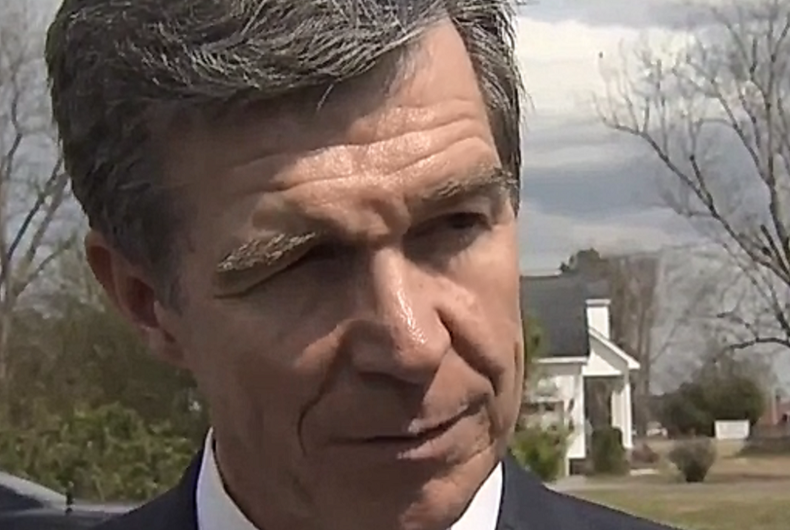 The new governor of North Carolina is open to compromise on repeal of HB2.

Roy Cooper, a Democrat, had called for a “clean repeal” of the anti-LGBTQ bill. But a day before the anniversary of HB2, Cooper said that he would be willing to compromise in order to get a partial repeal through the Republican legislature.

“I would support a House Bill 2 repeal with a moratorium with a definite end date. I think it’s important that we try to negotiate something,” Cooper told WRAL News. He talked about the continued threat of lost jobs and the NCAA refusing to let North Carolina host championship events.

HB2 required transgender people to use the bathroom associated with the sex on their birth certificates and banned local governments from passing LGBT rights protections and certain labor protections like a higher minimum wage. Several large businesses, including PayPal and Deutsche Bank, stopped planned expansions in North Carolina as a result of the law.

Cooper tried to negotiate a repeal bill with the legislature in December, and Republicans said they wanted a six-month moratorium on local anti-discrimination ordinances. That killed the repeal bill.

Now, Republicans in the legislature are saying they want more than a moratorium. Senate President Pro Tem Phil Berger (R) said, “I think, unfortunately, that window is not open.”