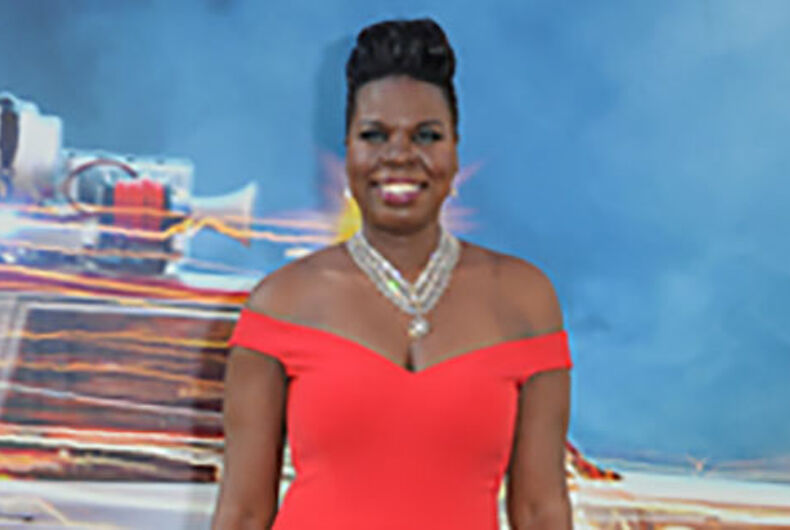 Two days after film and Saturday Night Live star Leslie Jones challenged Dr. Ben Carson to a fight with some particularly choice words — “Cash me outside muthafucka! How bout dat!! #Slaveswerenotimmigrants FUCKFACE!!” — Breitbart, the website where her arch nemesis used to troll, has picked up the slack.

Breitbart noted that it was Jones who instigated this latest online skirmish with her stated “desire to physically harm Dr. Carson.”

It all started with Carson’s remarks Monday about slavery. Carson, like Jones, is African-American, and in speaking to employees at the Department of Housing and Urban Development about his vision for the future as its new secretary, he said this:

And do you know of all the nations in the world, this one, the United States of America, is the only one big enough and great enough to allow all those people to realize their dream. And this is our opportunity to enhance that dream.

Jones saw an opportunity, as well: to enhance Carson’s face with her fists.

I want to fight Ben Carson!! Cash me outside muthafucka! How bout dat!! #Slaveswerenotimmigrants FUCKFACE!!

And as Breitbart pointed out in its reporting on the story, she was hardly alone. The right-wing racist tabloid site highlighted another tweet by another prominent actor of color, Samuel L. Jackson (and even without sound, marvel as Jackson’s trademark cadence comes through in his written words):

But Jones is the one being targeted by Breitbart and its legion of loyal followers and Milo Yiannopoulos wanna-bes. The site provided its rabid readers with a quote from former President Obama making a similar but not exactly identical remark. The generations of men and women of color who came to America bound and chained “in their own way were immigrants themselves,” said Obama in 2015.

Jones’ tweet was dogged by conservatives citing right-wing websites proving their point, and some egged her on.

Silent throughout this is Yiannopoulos, who earned a lifetime ban from Twitter for trolling Jones following her starring role in the Ghostbusters reboot.