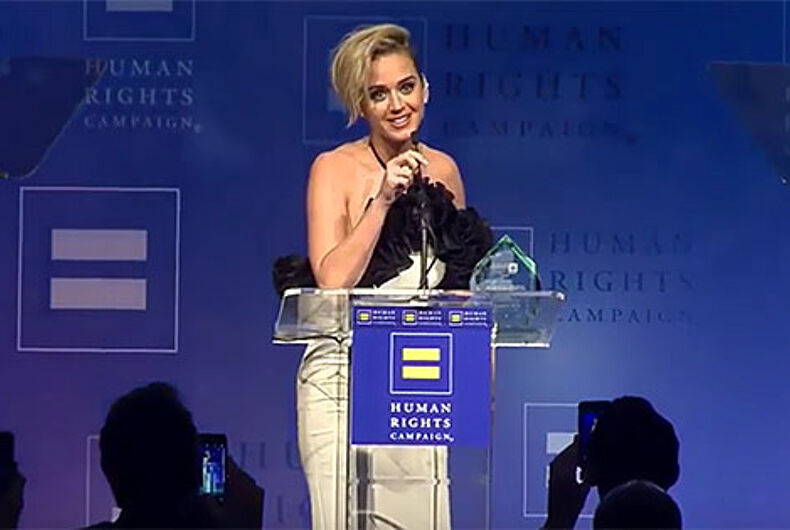 Katy Perry said at Saturday’s Human Rights Campaign gala that there was some real life inspiration behind her hit song about kissing a girl and liking it, “Truth be told, I did more than that.”

“But how was I going to reconcile that,” she continued, “with the gospel-singing girl raised in youth groups that were pro-conversion camps?”

Right and wrong were taught to me on felt boards… When I was growing up, homosexuality was synonymous with the word “abomination.”

“Most of my unconscious adolescence, I prayed the gay away at my Jesus camps. But then, in the middle of it all, in a twist of events, I found my gift and my gift introduced me to people outside of my bubble. My bubble started to burst,” Perry told the crowd in an emotional speech, after she was honored with HRC’s National Equality Award.

“These people were like nothing I had been taught to fear,” Perry said. LGBTQ collaborators, she said “were the most free, strong, kind, and inclusive people I have ever met.” She said she came to realize she could “no longer sit in silence.”

“I have to stand for what I know is true and that is equality for all, period.”