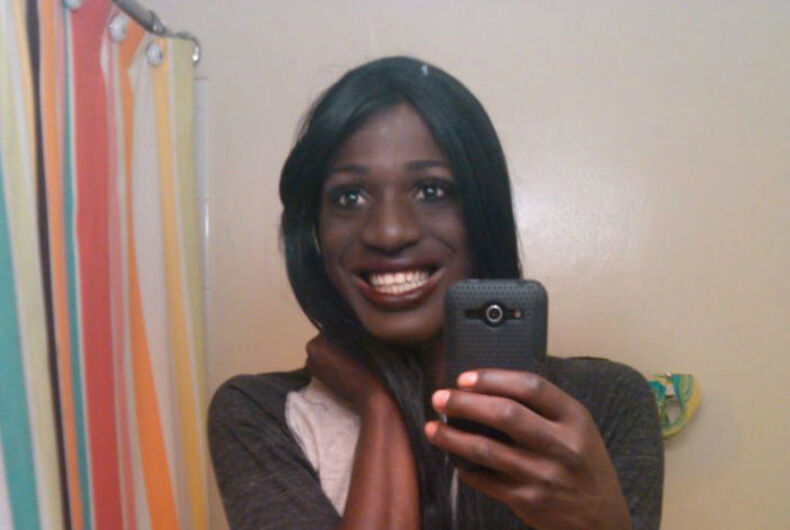 US Attorneys are seeking hate crimes enhancements for three men charged with the murder of a transgender woman in D.C.

Jalonte Little, 26, Monte Johnson, 21, and Cyheme Hall, 21, were all charged in the robbery and murder of Deeniquia Dodds, 22. They are also accused of robbing another transgender woman the same day and assaulting a third transgender woman. They have been charged with three other robberies or attempted robberies.

Prosecutors are seeking bias crime enhancements, which could be used by the judge at sentencing to increase the punishment of the three men. On the murder charge, the maximum penalty is increased from 60 years to 90 years if they are convicted of a hate crime.

Dodds was shot in the neck early in the morning on July 4, 2016. She was taken to a hospital where she died nine days later.

Police at first misgendered her in a report, referring to her by her previous first name. D.C. police were also criticized for not notifying the transgender community about the shooting.

A fourth person, Shareem Hall, was also arrested in connection with the murder last year. He did not appear in the indictment with the three other men.

One of the defendant’s attorneys said the hate crimes element was “a leap,” arguing that nothing indicates that the victim was targeted because of her gender identity.

According to the indictment, the men were riding in a car and robbing people of small items like cellphones and Metro cards when they saw Dodds.

Betsy DeVos met with transgender students & their parents, but was she moved?