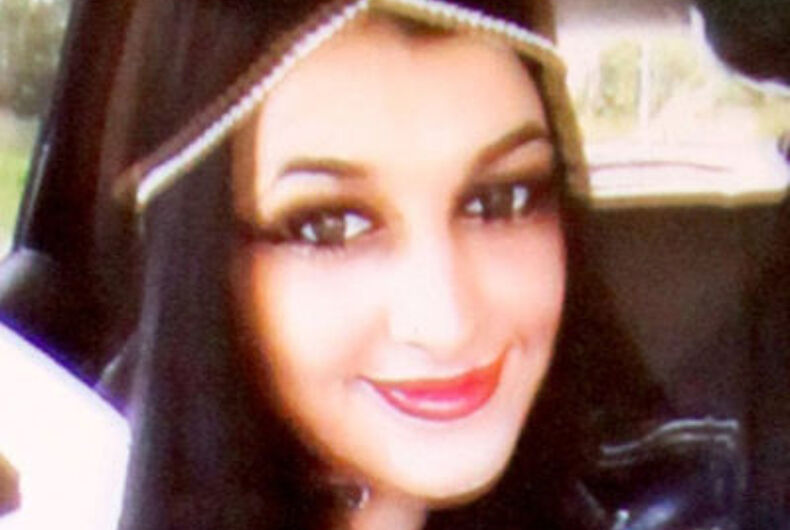 ORLANDO, Fla. (AP) — The wife of the Orlando, Florida, nightclub shooter must remain in jail, at least for the time being, a federal judge in Florida ruled Thursday, a day after a magistrate judge in California said she could be released.

U.S. District Judge Paul Byron in Orlando issued an order saying Noor Salman should stay in jail while he decides if she should be detained or released pending her trial on charges that she helped her husband scout out potential targets and created a cover story for him.

A day earlier, a federal magistrate judge in Oakland, California, ordered Salman’s release as early as Friday, saying it’s “debatable” whether the government has enough evidence to convict her. U.S. Magistrate Judge Donna Ryu also said Salman, 31, is not dangerous and there is no proof she has ties to the Islamic State group or holds extremist views.

The criminal charges were filed in Florida, but the detention hearing was held in California because Salman was living in the Bay Area at the time she was taken into custody.

Salman has pleaded not guilty to charges of aiding and abetting, and obstruction of justice. She faces life in prison if she is convicted.

In their motion asking that she be detained, prosecutors said there is a presumption in the law for Salman to be held in jail since the crime involves terrorism, and that prosecutors need not show anything more than an indictment to back up their request.

“Here, the defendant proffered evidence of her husband’s alleged abuse, the affidavits of friends and family, and her lack of overall danger in support of an argument that she does not constitute a flight risk or danger to the community,” the prosecutors said. “Such proffered evidence falls far short of justifying a finding in favor of release, particularly in light of the nature of the charged offense.”

Salman’s attorney, Linda Moreno, said the motion seemed a rehash of what was argued in the California courtroom.

“The court found that the evidence they claim supports these allegations was debatable,” Moreno said. “It’s far more than debatable. It’s groundless.”

Man comes out at age 95, watch the heart-warming video