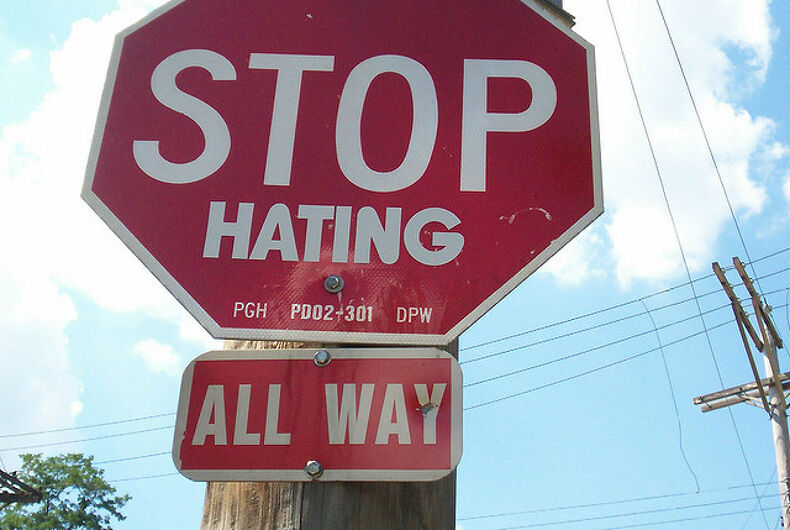 SALT LAKE CITY (AP) — The sponsor of a bill to strengthen the state’s hate crimes law and add protections for gay and transgender people has questioned why it was never given a public hearing despite support from lawmakers.

The measure by Republican Daniel Thatcher would give heavier punishments to those defendants who are found guilty of committing a crime to terrorize groups of people based on factors like race, gender and religion.

But the state legislative session ended Thursday without the bill getting a public hearing.

“There was very strong opposition from certain members of the Senate that kept the bill from getting a hearing,” he said, declining to name them.

Last year, Republican Sen. Steve Urquhart introduced a similar bill, but it was voted down in the Senate amid concern that it could create special protections for some people.

Utah is one of more than a dozen states with hate crime laws that lack protections for sexual orientation and gender identity, according to the Human Rights Campaign, a civil rights group based in Washington, D.C.

The current law doesn’t include specific protected groups but instead speaks generally about crimes that cause a person to fear they cannot freely exercise their constitutional rights.

Thatcher said he worked to frame this year’s proposal as a criminal justice issue, and won support from the Utah Law Enforcement Legislative Committee and The Utah Sheriffs’ Association. He also said he had enough support from colleagues to get it passed in the state’s full Senate.

But Republican Sen. Deidre Henderson, chair of Utah’s rules committee, which assigns bills to public hearings, said the bill did not have enough support.

“People should be punished for the actual harms they cause and not for their thought process behind that,” said Republican Sen. Todd Weiler, Woods Cross, who did not support Thatcher’s proposal.

Thatcher has called his bill a victim selection measure rather than hate crime legislation, a change that he said reflects the focus on suspects’ actions rather than their thoughts or ideas, which fall into the category of free speech.

Senate Majority Leader Ralph Okerlund, R-Monroe, said the proposal was controversial, and that lawmakers could not seem to reach a consensus on it.

“We felt like that bill was just extremely close and extremely split and there were really strong feelings on both sides of the issue, and usually that doesn’t lead to good policy,” he said.

Troy Williams, Executive Director of Equality Utah, which pushes for equal rights for the LGBT community, said it was disappointing that the bill didn’t move forward.

“There needs to be robust protections when people are targeted for who they are,” he said.

Thatcher said he plans to introduce the plan again next year, and hopes to devote the interim to educating the public about the purpose of the bill.