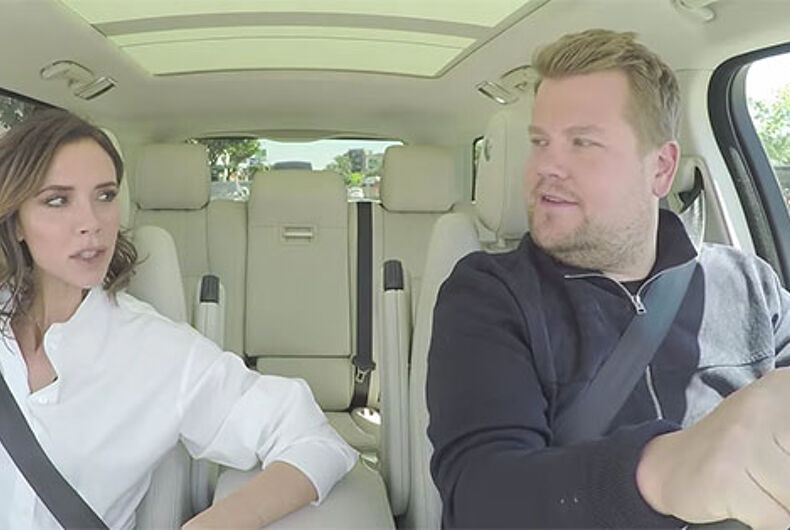 What followed was Corden’s mock trailer for a remake of the 80’s camp classic, including, of course, a session of sing-along with the host behind the wheel of the SUV.

However, one of Beckham’s former singing partners is reported to be “livid” that Posh performed their songs without the rest of the legendary girl group. According to the British tabloid, The Sun, Mel B is “at war” with Beckham over this, given that she pulled out of plans for a lucrative reunion tour. A friend of Mel B told the paper: “Mel feels it’s unfair Victoria is now using their music to boost her own profile.”