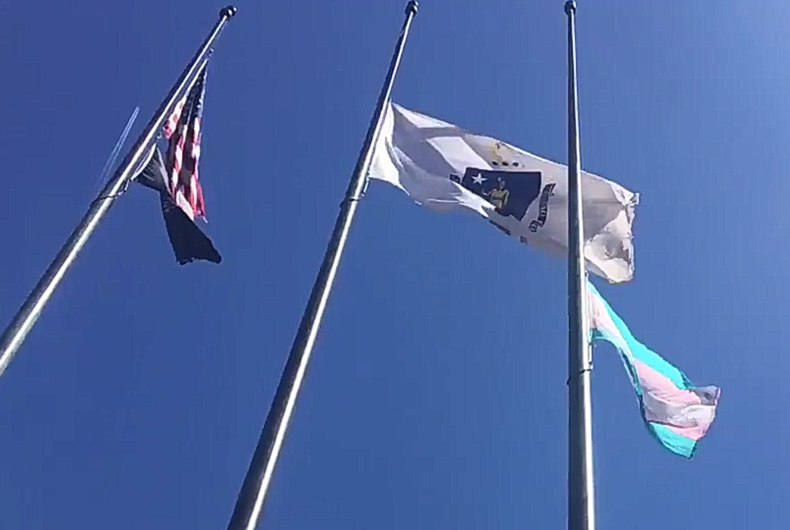 A bus with a transphobic message painted on it visited Boston this week, and the mayor responded by raising the transgender flag outside City Hall.

The bus, a project of the National Organization for Marriage (NOM) and Spanish organization CitizenGo, reads:

The bus started its tour of the East Coast in Manhattan last week outside the United Nations headquarters. Yesterday, it rolled into Boston where protestors met it.

After the mayor’s speech, the transgender flag was raised.

I gotta sign off and work but please keep making fun of the Party Bus of Precious Boys for me #FreeSpeechBus pic.twitter.com/S0QP3OUIZs

Freedom Massachusetts, a transgender organization, released a statement about the bus.

As members of the transgender community ourselves, it’s downright frightening to see this bus invade our home community with lies attacking and undermining our basic humanity. This bus is the embodiment of the kind of harassment and discrimination that study after study documents our community combats on a daily basis. We are thankful to Boston Mayor Walsh for raising the transgender flag today on City Hall Plaza to remind us that Boston is a fair and welcoming city and to all the first responders who are keeping all of us safe during this toxic invasion of our city and state.

Add your voice to the outrage over HB2 non-repeal