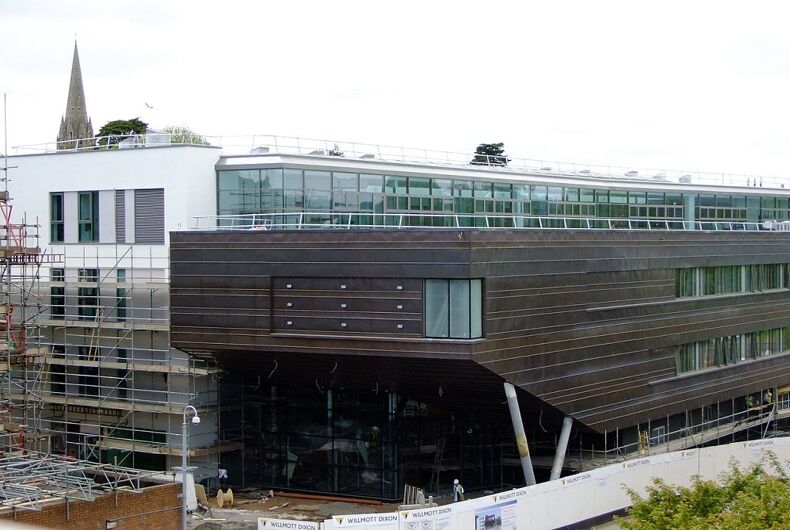 Every time there’s a story about how a college or university is squashing free speech, all it takes is a couple minutes of googling to find out that the actual story is a lot more boring than the panicked headlines say.

Cardiff Metropolitan University recently updated some guidelines for speech. Here’s what happened, according to the university:

Cardiff Met’s Code of Practice and Guide to Inclusive Language, first produced in 2005, is not a governance document and is not a corporate policy. It encourages the use of inclusive language and, in its own words, “aims to raise awareness amongst staff and students of the importance of using appropriate language within the working and learning environment and also aims to promote a common sense approach to managing this”. It makes no demands, bans nothing and carries no sanctions.​

So there are some suggestions that have been around for over a decade that carry no weight. Well, no one will be enraged by that! So mainstream publications step in to make a mountain out of a molehill.

The Independent ran the headline “University bans phrases such as ‘mankind’ and ‘gentleman’s agreement,'” with the sub-head: “Academics have criticised the ban as an ‘insulting attack on free speech.'”

Rachael Pells, who wrote the article, claims that certain words, like “sportsmanship,” are now banned at the university. “Students and staff could face disciplinary procedures if they fail to adhere to the language policy,” Pells wrote.

Foregoing the normal journalistic formalities of using neutral language, Pell writes (emphasis mine), “The policy also dictates that the phrases ‘homosexual’ and ‘heterosexual’ should not be used as they are ‘laden with the values of a previous time.'”

While Pells does talk to a university spokesperson (her term, which is actually one of the university’s suggestions to replace “spokesman,” so… et tu, Rachael Pells?), but for some reason never asked what the “disciplinary procedures” could result in, especially since the university says that the report “bans nothing and carries no sanctions.”

And those “academics” who hate the “ban” that The Independent referred to in the sub-heading? Pells found just one, Joanna Williams, a contrarian whose recent work includes articles entitled “The post-fact world suits feminism just fine” and “Let’s abandon sex education,” which, yes, are just what you would expect from headlines like that.

Pells also presents, without any skepticism, a “study” by Spiked magazine to show that universities are “clamp[ing] down” on free speech. Pells did not present the study’s means or what it considered “censorship,” and didn’t bother to mention that Spiked is a libertarian magazine whose education editor is… Joanna Williams.

Wow, that sounds awful! Of course, the unnamed writer had to choose the passive voice for that sentence; the only person BBC News found to do the accusing is Joanna Williams.

“A freelance magazine writer is mad someone is trying to be sensitive to others” is not quite as outrage-inducing as the headline BBC News went with, but it’s a lot more accurate.

At no point did either BBC News or The Independent point out the irony that the entire point of the story is to make Cardiff Metropolitan University shut up.

Kentucky lawmakers vote to give students a license to discriminate