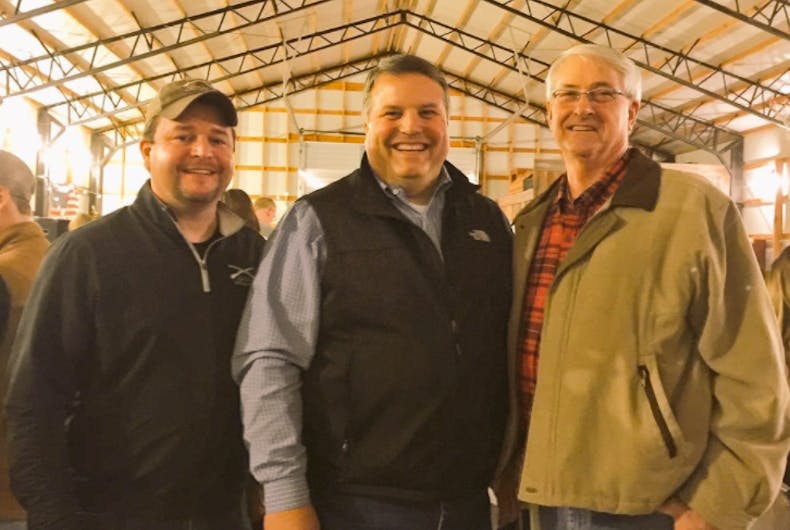 LITTLE ROCK, Ark. (AP) — An Arkansas lawmaker on Thursday backed away from a broad “bathroom bill” targeting transgender people that had drawn opposition from the state’s Republican governor, but said he will propose another measure giving schools legal protection over their restroom policies.

Republican Sen. Greg Standridge said he’s withdrawing his one-sentence bill to address gender identity and bathroom privileges. A co-sponsor of the measure had said it was intended to require that people use public restrooms consistent with the gender on their birth certificate.

“The bathroom bill to begin with was to do some things for the schools, and I think we’ve got that worked out now federally with Trump coming down with what he said,” Standridge told reporters.

The bill Standridge introduced last month offered no specifics. It had faced criticism from Republican Gov. Asa Hutchinson and tourism groups who warned the move was unnecessary and would hurt the state. A similar law in North Carolina has drawn widespread criticism and boycotts from businesses, and prompted the NBA to pull this year’s All-Star Game out of Charlotte. Business groups and LGBT-rights supporters have warned that a North Carolina-style bill being considered in Texas could cost that state many millions of dollars and the opportunity to host future pro sports championships.

Standridge said he wasn’t withdrawing the bill because of the criticism and said a new measure he planned to offer in the coming days was aimed at protecting schools from lawsuits over their policies on restrooms. Standridge said the bill wouldn’t mandate any policies for the schools.

Hutchinson’s office said the governor applauded Standridge for withdrawing his bathroom bill, but declined to comment on his latest proposal without seeing the details.

“The governor has always said there’s no problem here in the Natural State, there’s no need for this North Carolina-type legislation and that schools should be able to handle these issues as they have time and time again at the local level,” spokesman J.R. Davis said.

“Transgender Arkansans deserve the same respect as everyone, and transgender students especially must not be targeted for who they are,” Kendra Johnson, the group’s Arkansas director, said in a statement. “Standridge’s original, anti-trans bill attempted to do just that, and this new iteration appears to be merely a veiled attempt to force similar discrimination.”

Man comes out at age 95, watch the heart-warming video

Gays For Trump to March on Washington