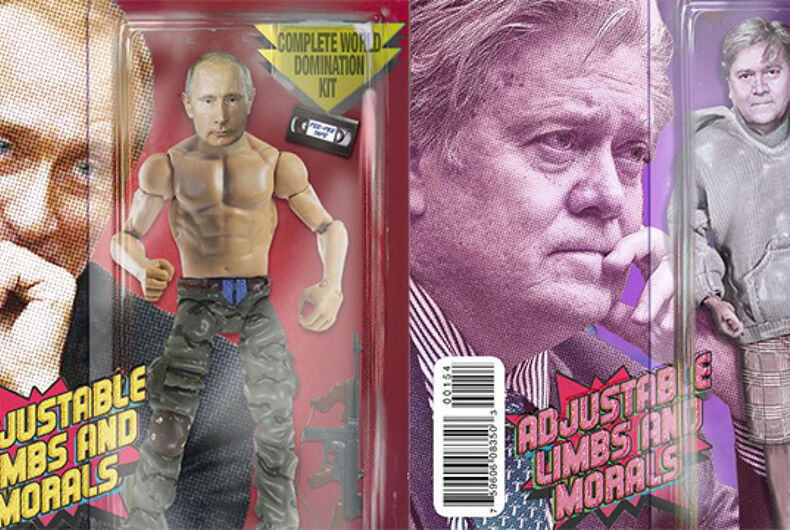 Real life baddies are scarier than the made up ones, as a line of fake toys makes clear.

They all come with “adjustable limbs and morals” and are dubbed “original bad dudes,” which mirrors President Trump’s language when he talks about those he wishes to deport. Trump is so far conspicuously absent, but there is a good chance he is coming soon.

Barker didn’t want to ruin the surprise and reveal who else to expect to see joining the ranks, but he told LGBTQ Nation that more are in the works.

“I do have a list. It is bigger than I thought it would be. I had no idea there were so many bastards out there,” he said.

“I’ll try to keep the flavor as international as possible,” he added.

“These are my personal bastards and not everyone is going to agree with me.”

Check some of them out in all their ignoble glory below. He has also made them available on shirts and other items.

You can see all the action figures from Barker at his fake toys Tumblr page.

UPDATE: Look who joined the team…