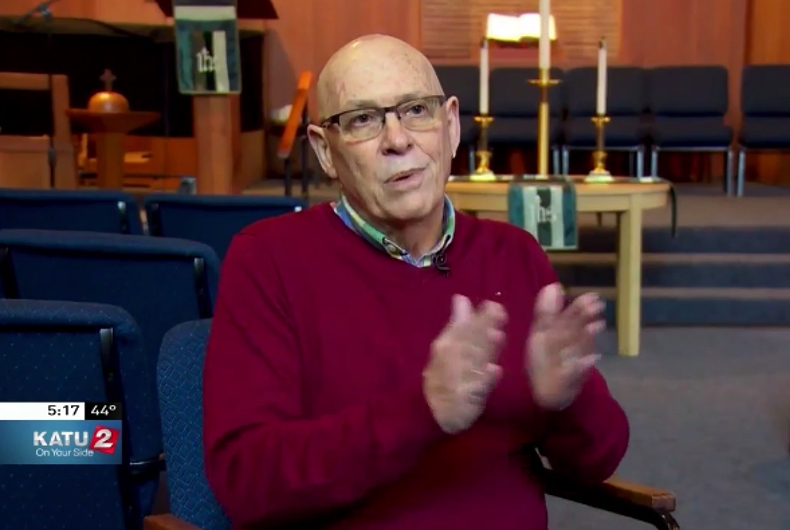 A protestor shouting about homosexuality interrupted a church service in Portland this Sunday.

The man, who started clapping after Pastor Don Frueh played a video on discrimination, shouted that he was “here to tell you that homosexuality is wrong.”

The man continued shouting as congregants formed a circle around him, not knowing what he would do.

“If anger controls us, then we’ve lost it,” Frueh told KATU. “I think we’ve lost the message of the gospel, which is about love.”

After the man was led out of the building, the congregation prayed for the man.