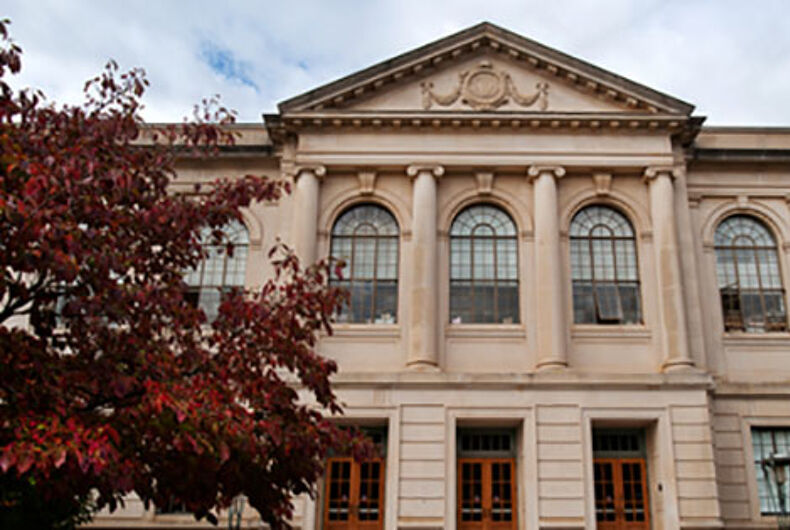 Time is ticking on healthcare coverage for transgender employees of the University of Arkansas.

The university announced last month it would suspend coverage of gender transition treatment, including surgery, that was slated to start this year under the Affordable Care Act.

Now it will stop on March 6.

Back in December, a Texas judge issued a preliminary injunction against the regulation that prohibits discrimination based on gender identity in health care, claiming it violates existing law.

Officials cited that decision in an email to staff last month that the university “will suspend gender dysphoria coverage pending the final legal outcome of the injunction or further clarification of the ACA coverage guidelines.” 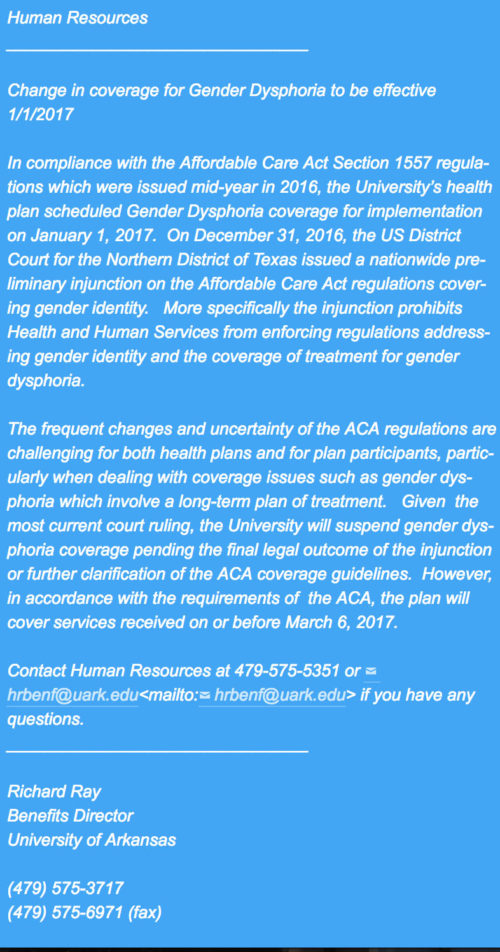 UA spokesperson Nate Hinkel told Arkansas Online the university’s human resources department manages the changes to the plans. He said he did not have an exact estimate on the number of the employees who could be affected.

Carla Combs, a Tennessee Equality Project board member, posted her outrage on Facebook, telling friends and followers she was “beyond aggravated, irritated, agitated, and enraged” because the university chose this action.

The university did not respond to a request for comment before publication.