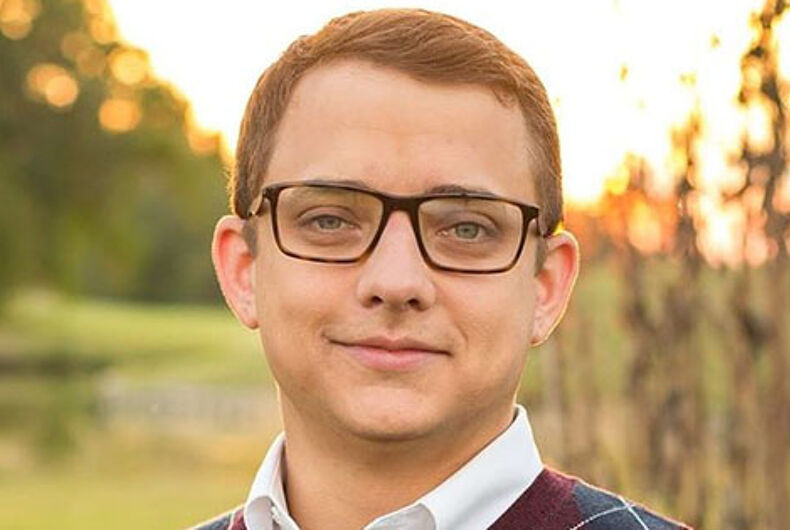 Texans looking for a champion to stand up for transgender rights, an ally in the fight against transphobia and a lawmaker who will protect trans Americans from killers and thugs, will not find one in State Rep. Briscoe Cain.

The Tea Party Republican from a suburb of Houston made that crystal clear this week in comments he made in defense of State Senate Bill 6, one of two “bathroom bills” under consideration by the GOP-controlled legislature.

Cain said “dudes walking around in dresses getting beat up” wasn’t a problem when he was younger, dismissing concerns about anti-transgender violence, according to The New Civil Rights Movement.

His comments were captured in a video on YouTube during a public forum with two other lawmakers covered by local news media.

A reporter for the Texas Tribune, Evan Smith, pointed out to Cain that the transgender community considers SB 6 discriminatory. “You say in response to that, what?” Smith asked Cain.

“At your own risk, but we shouldn’t be penalizing people,” Cain replied, presumably addressing potential penalties for businesses that violate trans-inclusive nondiscrimination ordinances.

“There is a real problem, which is laws here in Texas in certain cities… that want to force public accommodations, to force private businesses to accommodate someone deciding to go into the bathroom,” Cain said. “[SB 6] is just to say, ‘Look, we’re not going to allow government funds or government buildings to be used for social engineering.”

What makes his anti-transgender position more curious is a development during last year’s election campaign, when Cain defeated longtime incumbent state Rep. Wayne Smith, an establishment Republican, with the help of the antigay leader of the Conservative Republicans of Texas, Dr. Steve Hotze.

TNCRM reported Cain came under attack in the form of campaign fliers suggesting that he’s gay. They referenced the decision by Houston voters in 2015 to repeal the city’s Equal Rights Ordinance. Smith denied responsibility for the flier.

Irony: Mailer against a Hotze-backed candidate, @BriscoeCain, says he should be kept out of men's bathrooms #TxLege pic.twitter.com/wLOzL3nQRY

Cain is married to a woman and they have three children. 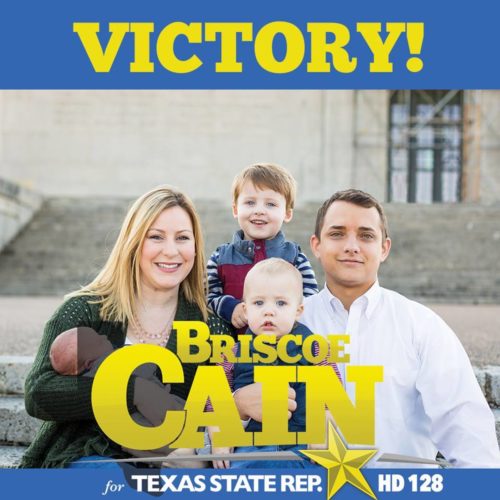 Watch video of the public forum featuring Cain via YouTube, below.