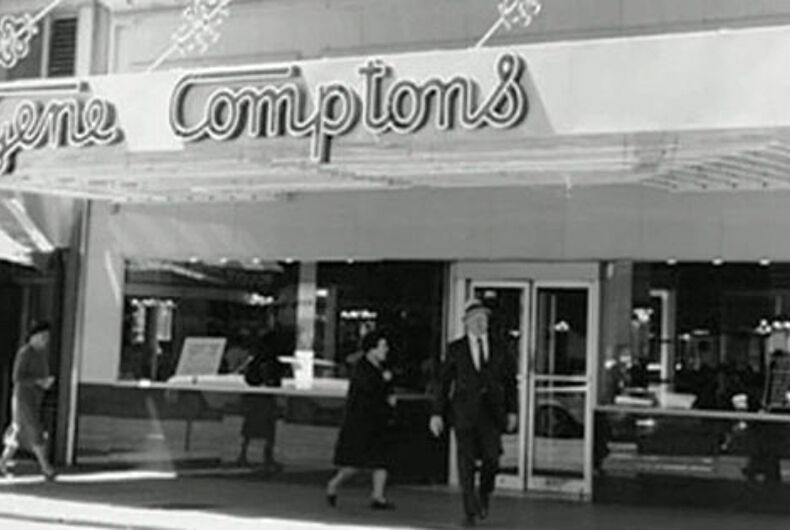 San Francisco politicians, local activists and a hotel and condominium developer came together this week to announce the designation of the first transgender historic district in the United States.

“I’m excited that for the first time ever, and and as far as I know in the world, that we are commemorating a social cultural district for Transgender and non-gender conforming community,” said San Francisco Supervisor Jane Kim on Tuesday.

The location is within the Tenderloin, which is where what’s believed to be one of the first LGBTQ protests originated. It will be called the Compton’s TLGBT District and will cover six blocks in the Tenderloin district from Market including two blocks of 6th street.

The new historic district gets its name from the Compton Cafeteria riots of August 1966.

A cafeteria owned by Gene Compton was a local gathering place for the transgender community. Staff complained about the cross-dressing patrons and asked police to crack down, because cross-dressing was illegal at the time. Police raided the business, sparking demonstrations and riots.

Although an LGBTQ protest at Independence Hall in Philadelphia on July 4, 1965 preceded the uprising, the Compton Cafeteria riots are considered the first transgender riot in the United States, preceding Stonewall in New York City by three years, and a deal was struck with the developer to preserve that history.

“This is a great thing.  Everyone ended up a winner. The SRO housing will be built. It will be a thriving district and not just a plaque on the wall”, said Honey Mahogany of the Compton district to KTVU-TV.

The station reported the boarded and vacant building in the 900 block of Market will be replaced with a hotel and condo complex which will transform the district and create a safe haven for the transgender community as well as low-income people.

Watch a report from KTVU, below.