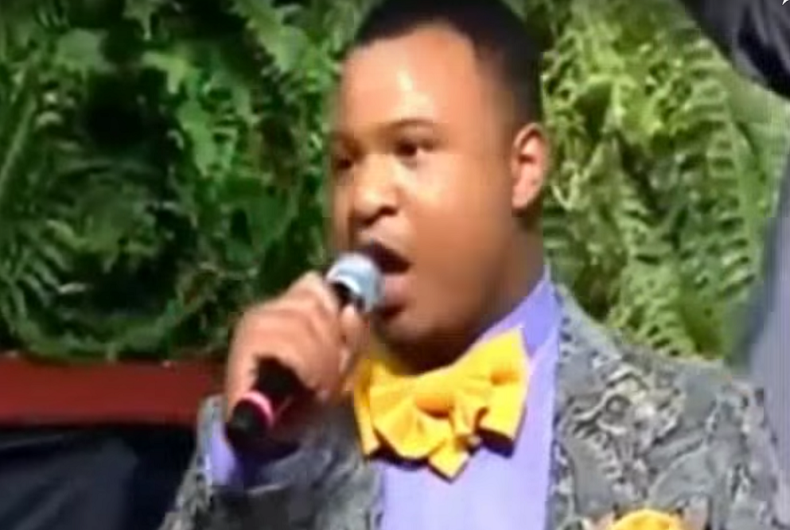 Andrew Caldwell went viral when he claimed that he didn't want to be gay and wear a purse.Photo: Screenshot

A former NFL and reality TV star is suing a YouTube personality for insinuating that he’s gay.

Andrew Caldwell, who became famous after a viral video of him testifying in church that he wasn’t “gay no more” and that he had been “delivered” from homosexuality.

In 2015 he said he had an affair with Real Housewives of Atlanta star Kordell Stewart. He originally made the accusation in a radio interview but also repeated it on YouTube.

Stewart filed a suit and Caldwell retracted and apologized.

Stewart claimed in court that “false’ and harmful allegations have limited his credibility and respect in an industry where toughness and ‘macho’ personalities dominate. As such Stewart is now plagued with illegitimate questions about his sexuality ‘personally and professionally in a sports industry that has made homosexuality an unenviable, controversial and taboo topic.”

Stewart won his suit because Caldwell failed to appear in court.

The former NFL star is seeking $4.5 million in damages for emotional stress and professional harm.