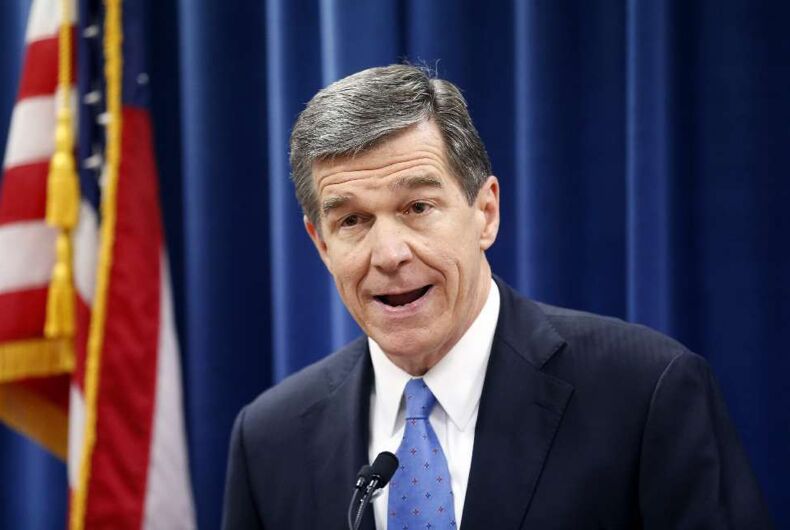 The North Carolina law that allows for discrimination against the LGBTQ community has cost the state millions of dollars, hundreds of jobs and the respect it had built as a “New South” city.

Momentum to repeal House Bill 2 (HB2) has grown as a result of the backlash but how to get there remains a topic on which there is little to no consensus.

A special session called with the sole purpose of considering repeal of the law, which requires transgender individuals to use the bathrooms matching the gender on their birth certificate and which nullified all non-discrimination ordinances passed in cities throughout the state, ended without any such result.

Gov. Roy Cooper helped nix the compromised HB2 repeal bill put forward by Republicans over a “cooling off period” clause they inserted that would institute a moratorium on local ordinances, first for six months and then to the end of the 2017 legislative session.

Now Cooper is pushing a new repeal effort, announcing on Tuesday during a press conference what he called a “common sense compromise,” which has drawn criticism from both sides of the political spectrum.

The repeal of HB2 would be coupled with stricter penalties for crimes committed in bathrooms and dressing rooms, and a requirement for local governments to notify lawmakers in the General Assembly for 30 days prior to adopting non-discrimination ordinances.

“Republicans in the legislature have claimed that safety is why they passed it but there’s nothing in House Bill 2 that makes bathrooms safer, but this proposal does,” Cooper said.

The Human Rights Campaign and Equality North Carolina have both denounced the compromise and Republican lawmakers are also not on board, reports The Charlotte Observer.

Senate leader Phil Berger dismissed the proposal as nothing that “really changes anything.”

“The threshold question is, what is the governor’s position on whether men should be allowed to share restrooms, locker rooms and showers with women and girls?” he asked. “And until we find out what his position is on this, the idea of trotting out something like this and calling it a compromise seems to be to be just a perpetuation of the current status.”

Lt. Gov. Dan Forest said the proposal “will create a state-sanctioned ‘Look But Don’t Touch’ policy in our bathrooms.”

“Heterosexual men will be able to access women’s showers and bathrooms by simply posing as a transgender individual,” he continued. “They will be able to watch women and children shower, or shower next to them. As long as the man doesn’t touch them, assault them or film them, no legal protection would be afforded the offended woman or child. Nothing.”

Democrats legislators, with support from HRC and Equality NC, have filed bills to not only repeal HB2 but also to enact a statewide non-discrimination policy offering protections to the LGBTQ community.

Cooper said at Tuesday’s press conference that while “it would be good to have statewide anti-discrimination ordinances at some point” he doesn’t think “this legislature is ready to go there.”