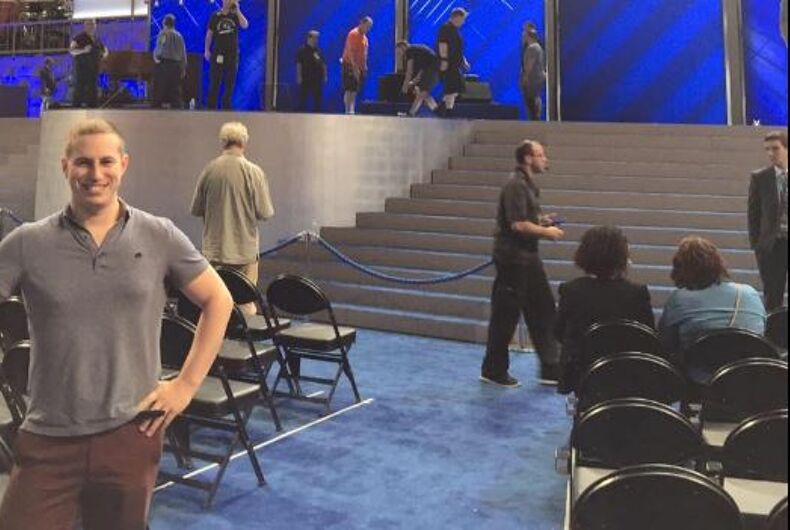 The LGBTQ community has been majority left for some time, unsurprisingly considering the policies of the Democratic and Republican parties, but there are still plenty of queer folks on the right side of the aisle.

The new president of the LGBT Congressional Staff Association, 31-year-old Todd Sloves, wants to ensure that he is creating a welcoming environment for all comers.

“We are now starting to get into a time when LGBT folks come to work on the Hill — [they] are Republicans, are working for Republicans, and don’t feel like they have to keep that a secret,” Sloves told Roll Call. “Obviously, it’s a case-by-case basis but I think that’s a sign of the fact that we no longer put out this impression that we are a Democrats-only group.”

Sloves has worked in New York Democratic Rep. Joseph Crowley’s office for over four years, serving as his legislative assistant during the last three years. He previously served as Staff Assistant to Representative Rosa DeLauro of Connecticut and as Senior District Representative to former Representative Anthony Weiner of New York.

He said that from his perspective “issues that affect the LGBT community are not a right or left, Republican or Democrat issue. And the more that we can separate that out, the better it is for our community.”

The group made an important change in 2014 when it added to its bylaws that it “exists as a nonpartisan professional organization and shall not make public statements about or take official positions on policy issues except in cases where a policy would have a direct and exclusive impact on the LGBT CSA membership.”

In addition to trying to draw Republicans into the fold, they are working to add more people of color and more women to their ranks. They currently have 75 dues paying members.

“One of the problems that our organization has had for a long time is we have an event, we’re going to end up with — just by nature of D.C. and the gay community and the Hill — a lot of gay, white men showing up to an event. That’s sort of how the organization started but it’s not necessarily the future of the organization,” Sloves said.

The group describes itself on its website as “an official, non-partisan Congressional staff organization whose mission is to advance the interests of current as well as prospective members and the LGBT community at large. The LGBT CSA is dedicated to developing the careers of its membership and advocating on behalf of the LGBT community.”

Yesenia Chavez is the group’s vice president, who serves as a Legislative Assistant for U.S. Representative Raúl M. Grijalva.

With the current insecurity around LGBTQ rights with the new administration, having LGBTQ Republicans speaking out for our rights could be the best chance at getting through to lawmakers who might otherwise turn a deaf ear to the community’s concerns.