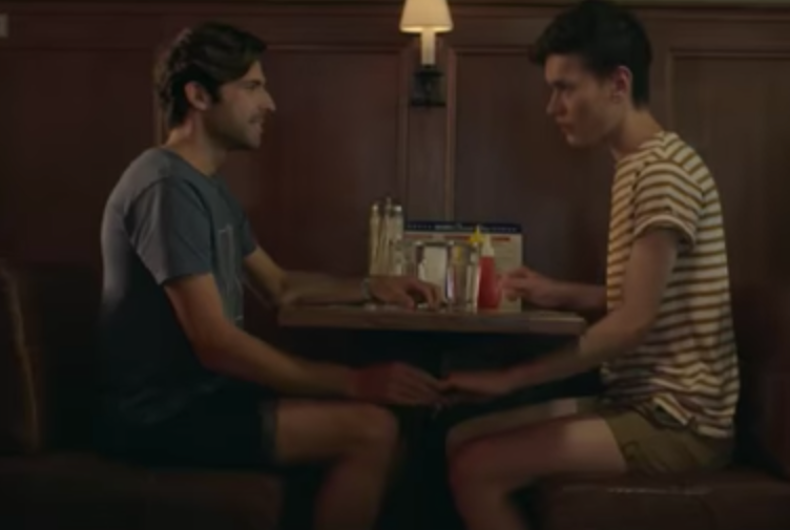 A new ad from The Bank of Australia and New Zealand encourages LGBTQ couples to keep holding hands.Photo: YouTube

Holding hands. It’s such a simple act of human affection, and yet one that can be wrought with worry for queer couples. Scanning the scene as your hold your sweetie’s hand, letting go when it doesn’t seem safe.

One advertising campaign is encouraging LGBTQ people to remain steadfast in their love and press on, even when safety isn’t certain. It shows couples holding hands, and then dropping them when they encounter someone they aren’t sure will accept them. In the final scene, after hesitating, the couple decides to hold each other even tighter.

“When you feel like letting go,” the ad advises, “hold tight.”

The Bank of  Australia and New Zealand released the ad as part of its sponsorship of Sydney’s Gay and Lesbian Mardi Gras.

“Even in 2017, the simple act of holding hands is still difficult for some people,” the company said. “Let’s change that.”

Polygamous families protest bigamy law in Utah: ‘If we were gay, we’d be OK’