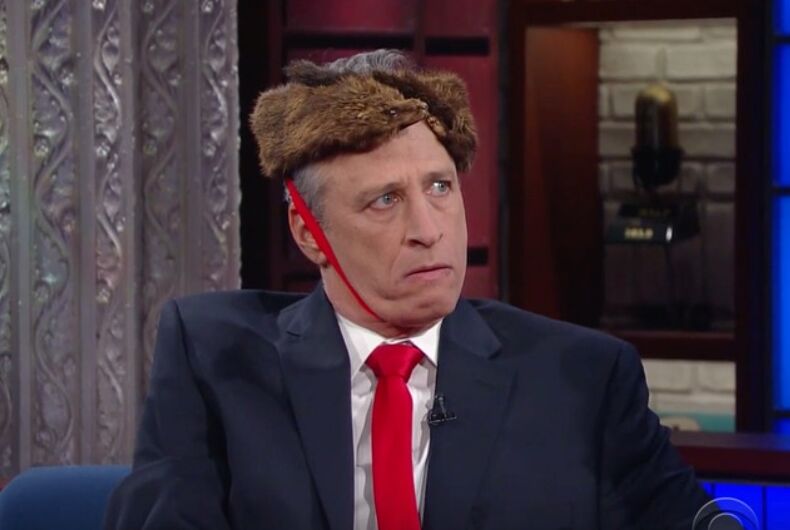 Jon Stewart made a return to television last night on the Late Show with Stephen Colbert with a diatribe about Donald Trump. While the comedian appeared on stage with a dead animal strapped to his head and a red tie that dragged on the floor, his message was serious.

Stewart’s skit had him reading “upcoming” Trump executive orders in character as the new president. Items on the list included declaring the national language to be “bullshit” and forcing China to send us the Great Wall. But the last “executive order” turns sober when Stewart turns to his trademark rant about American politics.

Watch it below and revel in Stewart’s way with words that remains the standard for late night comedians.

Everything you need to know about Trump’s Supreme Court pick: Neil Gorsuch