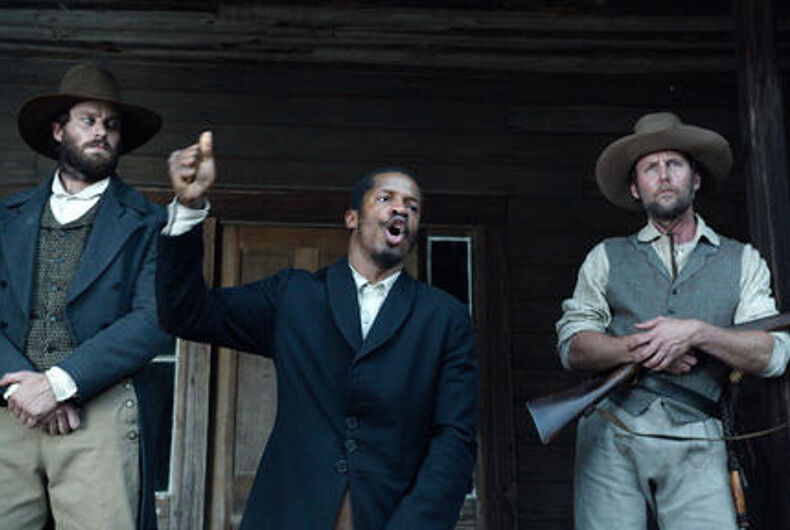 NEW YORK (AP) — As the final votes pour in ahead of the Academy Awards’ Tuesday afternoon deadline, Hollywood is drawing to a close an awards season that has, from Nate Parker to Mel Gibson, often been a confounding morality play.

By even movie standards, the dramatic swings of fortune are hard to believe. Parker, hailed as an Oscar sure-thing at last year’s Sundance Film Festival, saw his “The Birth of a Nation” torpedoed by the fallout of a tragic 18-year-old rape allegation against him. But just as Parker was disappearing, Mel Gibson, a pariah for the last decade, engineered an unexpected comeback that culminated with six nominations for his “Hacksaw Ridge,” including best picture.

Hollywood’s scales of justice, never particularly scientific, have rarely been harder to read.

The sometimes puzzling ethical calculus has prompted many to question the standards — some amalgamation of art, fame, race, facts and rumor — used to weigh the bad behavior of stars and would-be nominees.

Some of the closest races this Oscar season — including that of Casey Affleck, one of the best-actor favorites — have been over whether a contender was nimble enough to outrun his past. Everyone agrees: such judgments are playing an increasingly significant role in awards season and show business, in general.

Gibson was one of the few to publicly defend Parker, who in 1999 was charged — along with his Penn State roommate and “Birth of a Nation” collaborator Jean Celestin — with raping another student. Parker was acquitted, Celestin was convicted, but the charge was later overturned, and the alleged victim, whose family said she never recovered from the incident, killed herself years later .

Parker has steadily maintained his innocence, but his Facebook responses and his evasion of the topic at a press conference at the Toronto International Film Festival did little to stem the backlash against him. (An attorney for Parker didn’t respond to interview requests.)

“I don’t think it’s fair,” Gibson said during a Hollywood Reporter roundtable interview. “He was cleared of all that stuff. And it was years ago.”

Gibson (who declined to be interviewed) has had his own scandals to overcome. His anti-Semitic tirade in 2006, recorded while being arrested on suspicion of drunk driving, was seemingly the end to his stardom. He later plead no contest in 2011 to domestic battery of former girlfriend Oksana Grigorieva. Damning audio recordings surfaced of their arguments, too.

But his comeback was seemingly made official by the Oscars. And Gibson is now reportedly in talks to direct a sequel to “Suicide Squad.”

The spotlight of illustrious platforms like the Oscars tends to shine a light on previously dormant cases. It was the 2014 Golden Globes lifetime achievement award for Woody Allen that led Ronan Farrow to renew the 25-year-old molestation allegations against the filmmaker, which Allen has long denied.

Even Roman Polanski, whose “The Pianist” won best picture in 2003, was forced to step down as president of France’s Cesar Awards after protests by women’s groups. The director pleaded guilty in 1977 to unlawful sex with a minor.

“This mirrors the larger trend within the culture,” says Scott Berkowitz, president of the anti-sexual assault organization RAINN . “People are paying vastly more attention to sexual violence issues and personal behavior and the atmosphere has become much more sympathetic toward victims and much more scornful of defenders. Part of that trend has been because of celebrity cases.”

Though it’s done little to upset his winning streak, Affleck has been trailed through awards season by sexual harassment allegations made against him in 2010 while directing the mockumentary “I’m Not There.” Producer Amanda White, in a civil suit, alleged Affleck made “unwelcome sexual advances” during shooting. Cinematographer Magdalena Gorka, in a separate suit, said Affleck got into bed with her without her consent. The suits were settled for undisclosed sums. A publicist for Affleck said the terms of the settlement preclude him from discussing it.

Many articles have conflated Affleck’s alleged crimes with those of Parker’s, suggesting race has played a role in their varied treatment, despite the considerable differences between them. Some analysts believe the questionable comparison affected the Oscar race. Affleck’s formidable rival, Denzel Washington (“Fences”), pulled out a surprise win at the Screen Actors Guild Awards, and many now peg him as the front runner.

“With Casey Affleck, there’s a lot of people who felt compelled to prove their colorblindness by finding an example of a white person misbehaving and dredging that up,” says Scott Feinberg, awards expert for The Hollywood Reporter. “And yet even if he did what he was accused of, which was never proven in court, it is not in any way a direct parallel to what Nate Parker was accused of. Sexual harassment is not the same thing as rape.”

Feinberg recently co-wrote a column saying Oscar voters should limit their judgments to the screen. It’s a personal decision for moviegoers and Oscar voters, alike, as evidenced by the stream of op-eds that have accompanied this awards season — from author Roxane Gay to actress Constance Wu to actress Gabrielle Union, a rape survivor.

Former federal prosecutor Priya Sopori says there is danger in cases that were argued in criminal or civil court being retried on social media without deep knowledge of the evidence. “What you don’t want is people playing judge, jury and executioner on Twitter,” Sopori says.

Stan Goldman, a professor at Loyola Law School in Los Angeles, believes the internet makes the public less likely to let go of old cases. “There’s a reason the law has statues of limitations. We don’t want somebody’s past continuing to haunt them,” says Goldman. “But maybe time should not heal all wounds. Our crimes should, perhaps, follow us. But there should be some basis for it.”

So how much does any of this influence the average academy voter? Bruce Feldman, a former awards strategist and academy member, says he struggles with these questions every year.

“It’s not just the high-profile public cases of misbehavior that might affect an individual’s vote,” says Feldman. “There’s also all the people we work with in this industry, many of whom treat others very badly on a daily basis, whose transgressions aren’t reported in the press. Academy members aren’t robots. We’re human, with the same feelings and imperfections as everyone. Personally, I try very hard to base my vote purely on artistic merit. Oscars are awarded for achievement, not on whether you’re a saint or a scoundrel.”