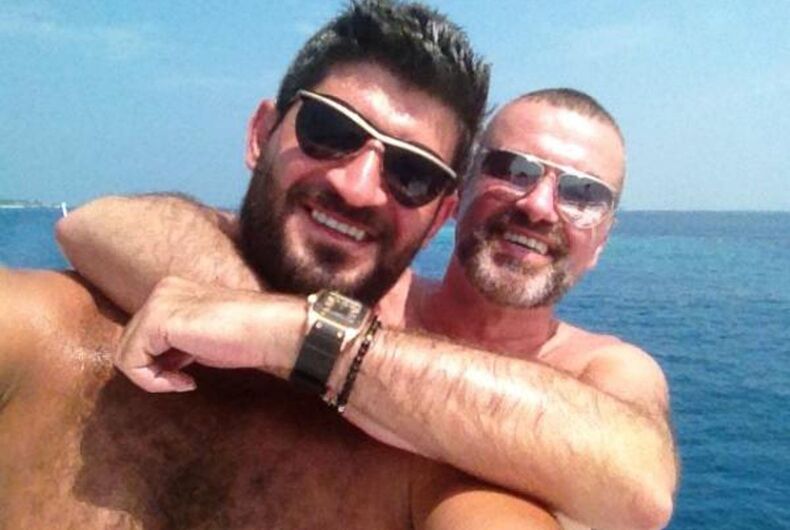 George Michael’s boyfriend Fadi Fawaz, who found the singer in his bed after he passed away at the age of 53, is not welcome at the funeral, reports tabloid The Sun.

“Heaven help him if he turned up. Fadi has not been invited to the funeral — the family hate him,” the publication quoted Michael’s friend Andros Georgiou as saying. The two were so close that they referred to each other as “cousins.”

“They know what he is, and everyone basically thinks he’s a gold-digger. He was never going to be invited — and Yog (George) was planning to get rid of him after Christmas anyway,” he continued.

“Fadi was not really his boyfriend. No one has spoken to him and he just seems to be getting on with his life. It makes my stomach turn.”

Fawaz has taken to Twitter, where he also recently posted some less than uplifting Valentine’s Day tweets, to push back against the allegations.

From the man himself. that someone who is saying all this rubbish about the funeral has not been part of george's life for 19 years… https://t.co/7sUVFGsDYA

George's family are very loving respectful and decent people, there is nothing more to say. x

Michael’s funeral is pending the conclusion of a coroner’s investigation and could happen as late as March.