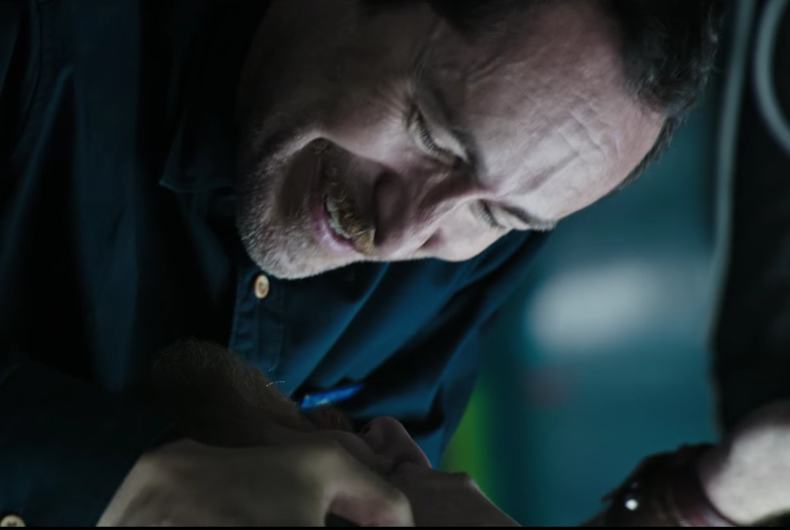 The prologue for Alien: Covenant has been released by 20th Century Fox, and it includes a gay couple as one of the colonizing pairs sent to a remote part of the galaxy to found a human colony.

The prologue, entitled “The Last Supper,” shows the crew of the Covenant getting ready for cryosleep by partying. Two men arm wrestle, and when one wins they kiss. They even joke about the rest of the crew’s acceptance of their love.

This is the first gay couple featured in the popular sci-fi franchise. Alien: Covenant is directed by Luke Scott, and it’s due in theaters on May 19, 2017.