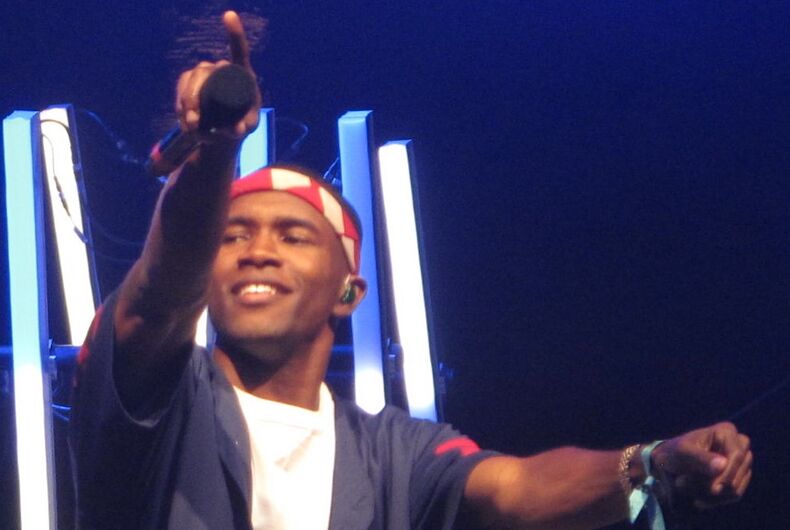 Frank Ocean’s father is suing his son for defamation after the openly gay musician accused his father of using the word “faggot.”

Calvin Cooksey, the father, filed the suit after Ocean wrote a Tumblr post about the Orlando Pulse shooting, where 49 people were killed in an LGBT club. Ocean wrote:

I heard the gunman feigned dead among all the people he killed. I heard the news say he was one of us. I was six years old when I heard my dad call our transgender waitress a faggot as he dragged me out a neighborhood diner saying we wouldn’t be served because she was dirty. That was the last afternoon I saw my father and the first time I heard that word, I think, although it wouldn’t shock me if it wasn’t.

Cooksey says the story isn’t true and is damaging his career opportunities. He’s asking for $14.5 million in damages.