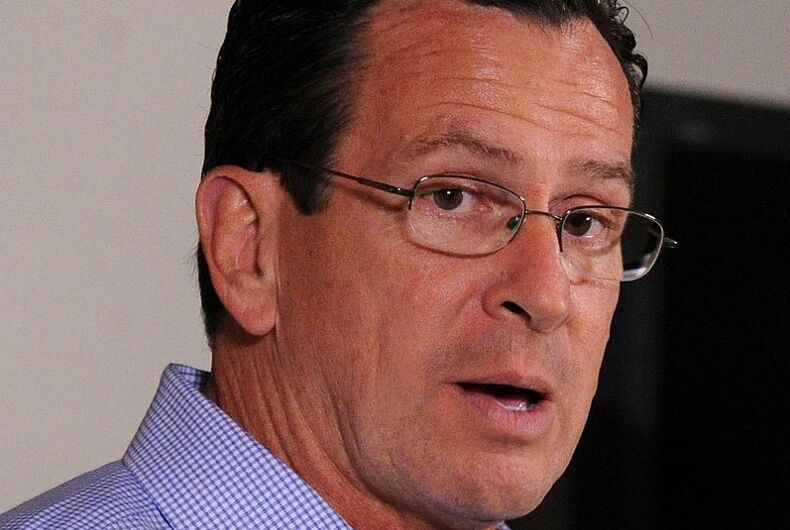 Dan Malloy has been the Democratic governor of Connecticut since 2011.Photo: Wikipedia

HARTFORD, Conn. (AP) — Gov. Dannel P. Malloy has signed an executive order to ensure transgender students in Connecticut can still use the bathroom or locker room of their gender.

The Democrat on Thursday ordered that bathrooms and locker rooms in public schools and institutions of higher education be considered places of public accommodation, therefore making discrimination based on sex or gender identity expression illegal under Connecticut law.

Rally last night at the Stonewall Inn for transgender youth