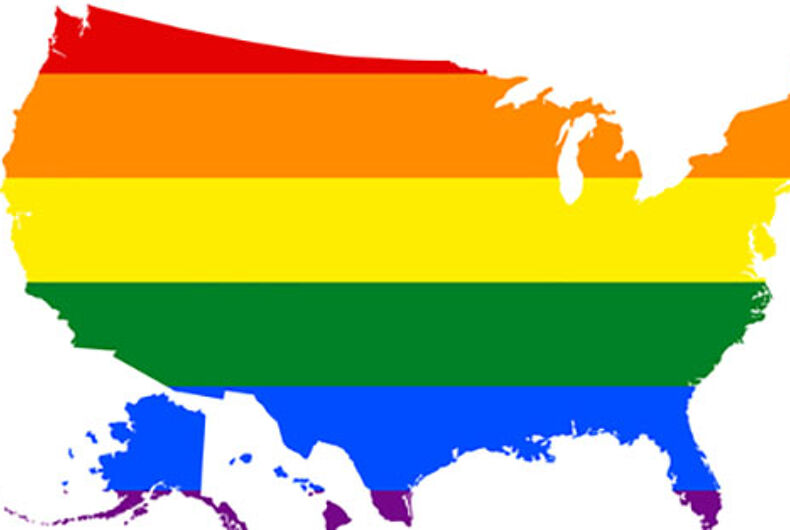 After an election year in which pollsters took a heavy hit for credibility and accuracy, or lack thereof, the never-say-die folks at Gallup have come out with a new poll that claims the highest population of self-identifying lesbians, gays, bisexual and transgender Americans, by percentage, can be found in Washington, D.C.

According to the Gallup survey, 8.6 percent of people in the District of Columbia identify as LGBT (they didn’t use the Q for queer or questioning in its survey), more than all of the 50 states, and even the territories.

Vermont won the honor of being the top state with the highest self-identifying population, at 5.3 percent. California, Massachusetts and Oregon tied for third place with 4.9 percent and Nevada was a close 4th with 4.8 percent. Right behind is Delaware, with a very close 4.7 percent.

And bringing up the rear, or should we say bottom, is South Dakota with a measly two percent.

As Gay Star News reported, the report found that the Pacific, Middle Atlantic and Rocky Mountain regions have all seen a boost in the number of LGBT residents, but the greatest was noted in the West Coast, Alaska and Hawaii, higher than New England, since 2012.

Gallup credited greater social acceptance of LGBT Americans for the increase. “Growing public acceptance can affect, and likely increase, the willingness of LGBT individuals to identify as such on surveys.”

And the group at the forefront of that change is the millennials, the pollster concluded in its report. “Their coming of age at a time of greater social acceptance toward LGBT individuals may contribute to disproportionate increases in LGBT identity across states.” Greater mobility was also a factor.

Read the complete report from Gallup by clicking here.

A cabinet full of deplorables: The hypocrisy of Trump’s ‘extreme vetting’

Why we don’t need Valentines Day to feel loved