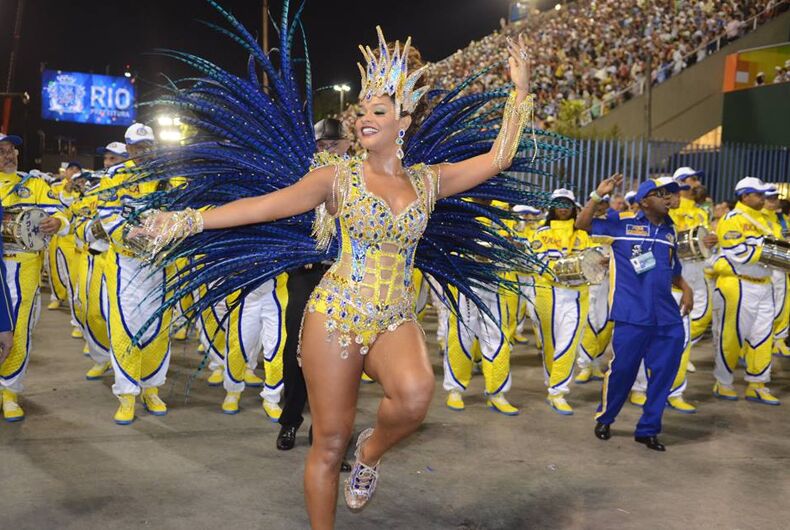 SAO PAULO (AP) — The typical notion of Carnival in Brazil is that anything goes: no headdress too big, no outfit too small, no song too ribald. This year, some organizers of the world’s best known street party are saying: “Enough!” At least to the lyrics.

A growing number of “blocos” — a term Brazilians use to refer to Carnival street parties and the singing and dancing groups that organize them — are defying tradition and refusing to play a handful of songs that have lyrics considered sexist, homophobic or racist.

If you think Brazilians have met that with their trademark easygoing, live-and-let-live attitude, then you don’t know how seriously they take Carnival.

“Carnival is political,” said Debora Thome, one of the founders of the feminist bloco Mulheres Rodadas. “Carnival in Brazil reflects a lot of what we see in our day-to-day life.”

The controversy centers on “marchinhas,” songs that are a part of traditional Carnival performances and can be crass or even violent. Among the marchinhas that blocos are bristling at is one that suggests hitting a woman who irritates the singer. “This woman has provoked me for some time / Give it to her! Give it to her!” it goes. Another asks if a man is gay because he has abundant hair — and then calls for that hair to be chopped off.

It’s not clear how many blocos nationwide are eschewing offensive lyrics, or why it’s created so much controversy this year. Some suggest the move to drop the songs is hitting a nerve at a time of great uncertainty in Brazil: The economy is in a deep recession, the country’s first female president was impeached and removed from office last year, and a big corruption probe has revealed that graft is almost a way of life for the political class.

That uncertainty has combined with a growing consciousness in Brazil about issues of race, gender and sexuality. While more than half of Brazil’s population identifies as black or mixed race, people from those groups have only recently begun to gain access in significant numbers to cultural areas that have traditionally excluded them, like universities, prominent acting roles or high-level political positions.

The blocos that are tweaking offensive lyrics or dropping songs from their repertoire say that Carnival shouldn’t make anyone uncomfortable.

“Carnival is democratic,” said Willians Medeiros, an organizer of Sao Paulo’s Bloco MinhoQueens, which has dropped several songs. “It has to be entertaining for everyone, not for just some.”

On the other side, some deride the decision to pull songs as a political correctness that has no place in Carnival, where everything and anything is made fun of.

Pedro Ernesto Marinho, the president of Rio de Janeiro’s Cordao da Bola Preta, which is celebrating its 99th year in 2017, said Carnival has always been irreverent. “If you make it politically correct … you have a boring celebration.”

In one song many blocos have cited as offensive, the singer woos a mixed-raced woman: “But since the color won’t rub off, mulata / Mulata, I want your love.”

Or at least that’s one reading of it. Pedro Goncalves, one of the founders of Sao Paulo’s Bloco Bastardo, says his reading has always been that the singer is saying that since he can’t have the woman’s color, he’ll take her love instead. He said a third reading, based on research into the slang of the 1930s when the song was written, suggests that the singer is saying that color doesn’t matter.

But Goncalves, who is white, acknowledges that black people he knows typically say they hear the first interpretation, and his group has pulled the song.

In general, marchinhas are peppered with the word mulata, an antiquated term for a mixed-race woman that is common in Latin America but that many consider offensive. Mulheres Rodadas considered forgoing a song that uses it, but opted to keep it because they felt the song, in general, is empowering.

James N. Green, director of the Brazil Initiative at Brown University’s Watson Institute for International and Public Affairs, says there is a constant debate about whether Carnival has deteriorated or lost its glamour.

“That’s a constant,” said Green. “You read that every single year.”

© 2017, Associated Press, All Rights Reserved.
This material may not be published, broadcast, rewritten, or redistributed.
News (World)
Brazil