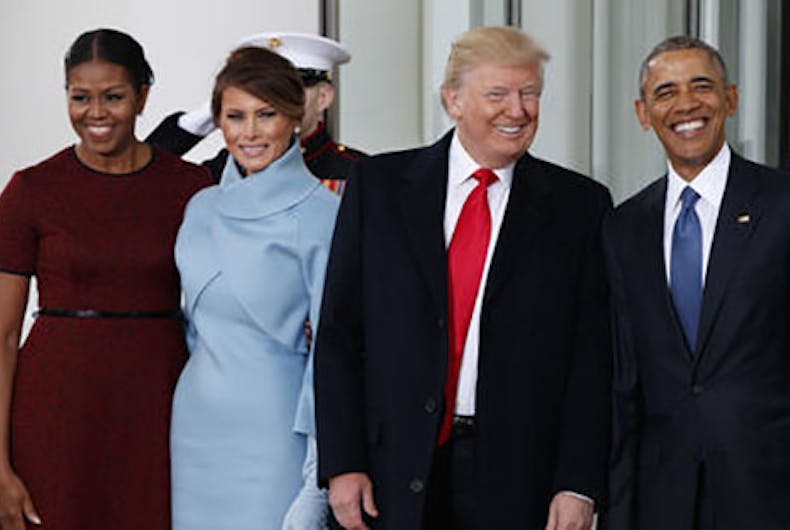 Right now on America’s front porch — a specially built platform on the West Portico of the Capitol, overlooking the National Mall —President Barack Obama is sitting out a presidential inauguration for the first time since 2009.

LGBTQ Nation is at the Capitol and in cities around the world, covering the inauguration, and the protests as well.

As Trump takes the oath, most voters are still in shock

Can’t bear to watch inauguration coverage? Try these kittens instead.