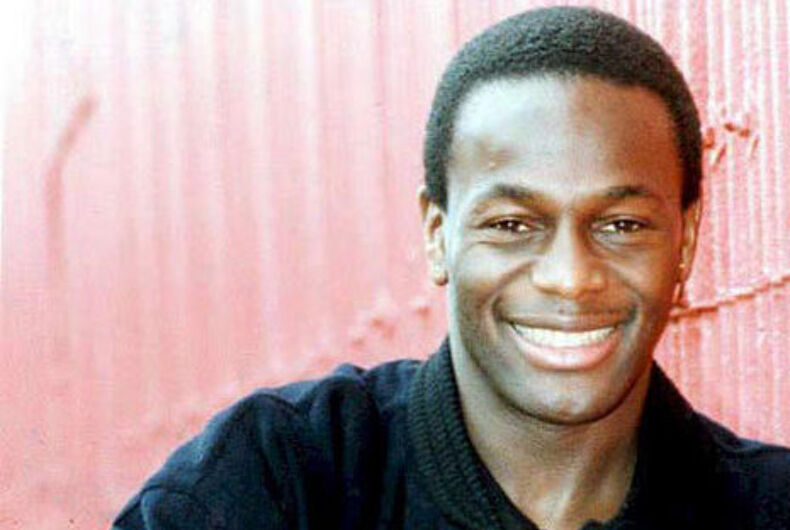 Greg Clarke, the chairman of the UK’s Football Association, wants professional players who are gay to come out en masse.

Clarke told the Times of London, “I put the message out there that if a number of top-level pros want to come out, why don’t we synchronize it, so one person doesn’t have to come out on their own.”

“The Premier League, the Football League and the FA could do it at the start of the season,” Clarke continued. “At the start of the season everybody thinks it is their season, the crowds are happy, the sun is shining. I was asked [recently] if football is ready for top-level pros to come out and I said I’m not sure we were. There was a survey which said people would support gay people in their own team, yes, but I’m worried about what they said about gay people in the other team, not that they would do bad things, but I said we should prepare well.”

Clarke’s excitement, though, was tempered with caution for players’ well-being. “I’ve been asking the gay community, ‘How can we provide more support and orchestrate it so that people get the right level of support if people want to be open about their sexuality?’ I’ve met 15 gay sports people in the last four weeks to ask their views, including footballers. It is very difficult to get to a representative set of gay top-level footballers because some of them are happy with their sexuality and just don’t want anyone to know. I don’t want to be part of a process that says, ‘You’ve got to come out.’ That’s not right. People are cautious. It’s a one-way street. Once you’re out of the closet, you’re out.”

Clarke also spoke out against what he called “unintentional” racism against minority managers.