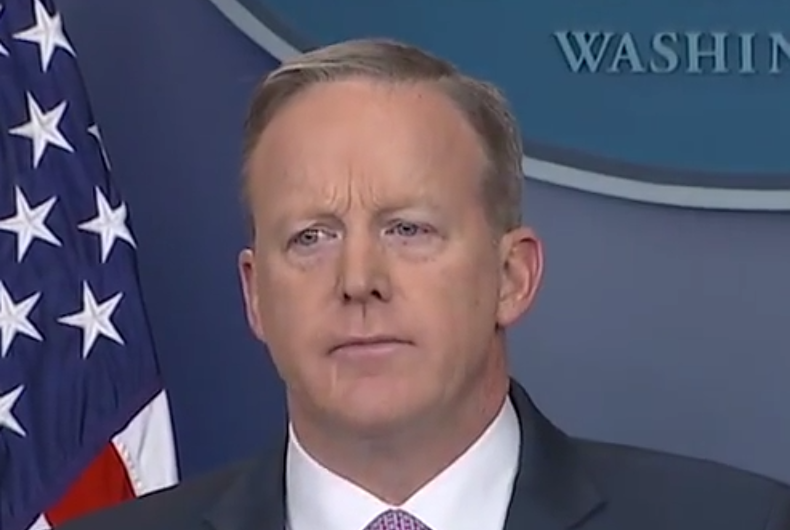 Sean Spicer could not say that Donald Trump is planning to maintain anti-discrimination measures signed by Barack Obama.Photo: Wikipedia

The Washington Blade reported that Spicer said, “I don’t know on that one. I have to get back to you on that. I don’t think that we’ve gotten that far in the list of executive orders, but I’d be glad to get back to you.”

When pressed about executive orders about LGBT rights in general, Spicer responded, “Again, it’s not — I just don’t know the answer. I’ll try to get back to you on that.”

On the campaign trail, Donald Trump said he planned to overturn many of Obama’s executive orders. He did not specifically mention any executive order related to LGBT rights.