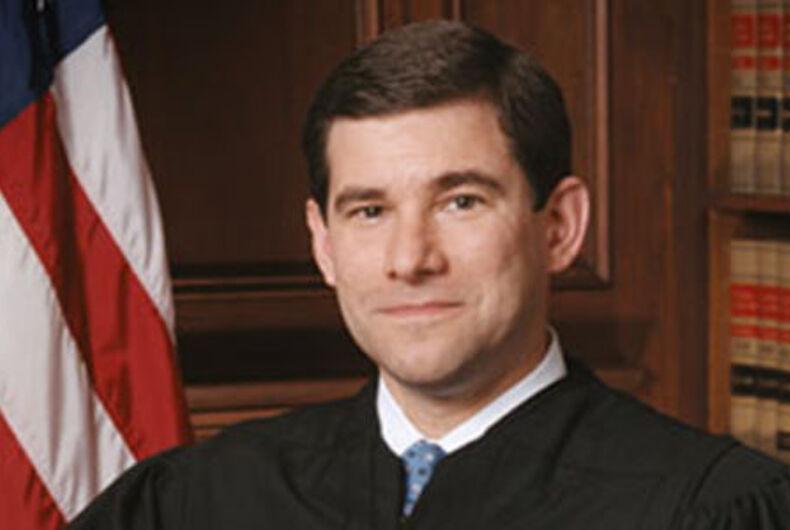 Donald Trump met one of his candidates to fill the spot on the Supreme Court this weekend, Judge William Pryor.

The President-elect and Pryor had a meeting on Saturday, reports Above the Law, and confirmed by the AP.

As we previously reported, Pryor wrote a legal brief defending Lawrence v. Texas, which outlawed gay sex, in which he compared homosexuality with “polygamy, incest, pedophilia, prostitution, and adultery,” and further claiming that the rights of LGBTQ people are not covered by the Constitution. The law was struck down in 2003.

“This Court [the Supreme Court] has never recognized a fundamental right to engage in sexual activity outside of monogamous heterosexual marriage, let alone to engage in homosexual sodomy,” he said. “Such a right would be antithetical to the ‘traditional relation of the family’ that is ‘as old and as fundamental as our entire civilization.”

He is believed to be at the top of the list of candidates at this point.

Pryor is but one of Trump’s possible SCOTUS picks with anti-LGBTQ views.

Pastor Kevin Swanson: ‘Highlights’ magazine is no better than ISIS