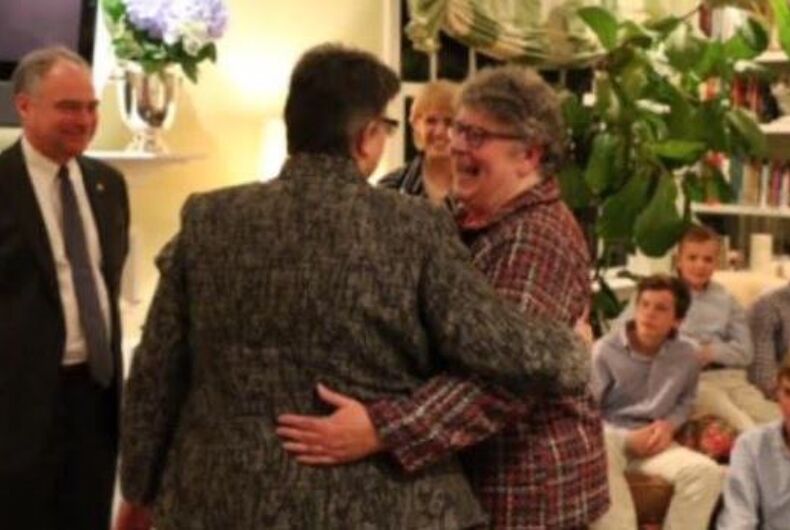 Kaine joined Dea Jones and Sharon McLeod, who are 64 and 61 respectively, in marriage on Jan. 20, with the Kentucky couple rushing to “make it legal” due to concerns over what a Trump administration might mean for gay marriage rights.

Hitched! Congrats to Dea and Sharon. Was honored to officiate their wedding tonight pic.twitter.com/8y6BzG14kE

The couple met in 2000 and had a commitment ceremony two years later.

“We hadn’t been in a hurry to make it legal,” McLeod told Roll Call. “We really were hoping to do it as soon as we could before the Trump administration.”

Kaine is friends with Jones’ brother, and the senator and his staff were the ones who floated Inauguration Day as a good day to have the ceremony.

“How wonderful it would be on Jan 20th it would be to offer love and light by Sharon and I committing ourselves to each other,” Jones said.

Kaine also invited a married lesbian couple to be his guests at the vice presidential debate.