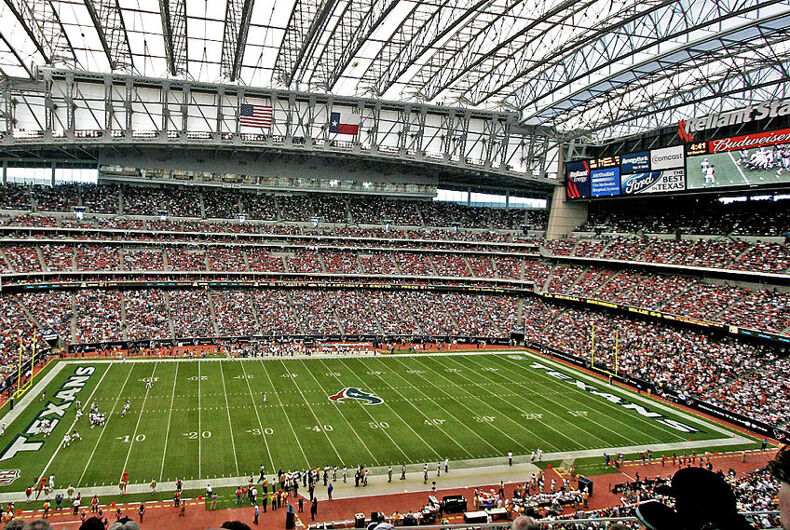 As Houston gets set to host Super Bowl LI on Sunday, national attention has turned to Texas and their proposed bill limiting transgender bathroom access, which has drawn comparisons to North Carolina’s House Bill 2 (HB2).

HB2 requires people to use the bathrooms matching the gender on their birth certificate in government buildings, leaving private businesses to set their own policy, as well as nullifying non-discrimination ordinances across the state, including one in Charlotte that had extended rights to the LGBTQ community.

The Texas bill, Senate Bill 6, would similarly prevent transgender people from using the bathrooms matching their gender identity and would give businesses the right to make their own rules around the issue.

The backlash over HB2 has resulted in a boycott of the state, including from college and professional sports leagues, such as the NCAA, the ACC, and the NBA, the latter of which moved the 2017 All-Star Game from Charlotte after a failure to repeal the law.

If the bill passes this could be the swan song for large scale sporting events in the Lone Star State for awhile.

The economic damage, judging by the reaction to North Carolina’s admittedly more far-reaching law, has been significant. The loss of the NBA All-Star Game alone has been estimated by travel experts to have cost the Charlotte region around $100 million.

The NCAA has been asking potential and future host cities to supply information regarding their policies to prevent discrimination, and the NFL has made statements against HB2, and in March of last year said a Georgia religious exemption bill could cost Atlanta a Super Bowl bid.

This year’s women’s basketball Final Four tournament is currently scheduled for early spring in Dallas, and next year’s men’s Final Four is scheduled to take place in San Antonio.

Texas has been warned of the possible backlash by the Dallas Convention and Visitors Bureau.

“This is not speculation. This is facts, based on what we’ve seen first-hand,” said Phillip Jones, president of the Dallas Convention and Visitors Bureau.

Texas and North Carolina are not alone in considering such legislation.

According to the National Conference of State Legislatures, “In the 2017 legislative session, state legislators in 11 states – Alabama, Illinois, Kentucky, Minnesota, Missouri, South Carolina, South Dakota, Texas, Virginia, Washington and Wyoming – have prefiled or introduced legislation that would restrict access to multiuser restrooms, locker rooms, and other sex-segregated facilities on the basis of a definition of sex or gender consistent with sex assigned at birth or ‘biological sex.’ The bill in Virginia failed to pass.”